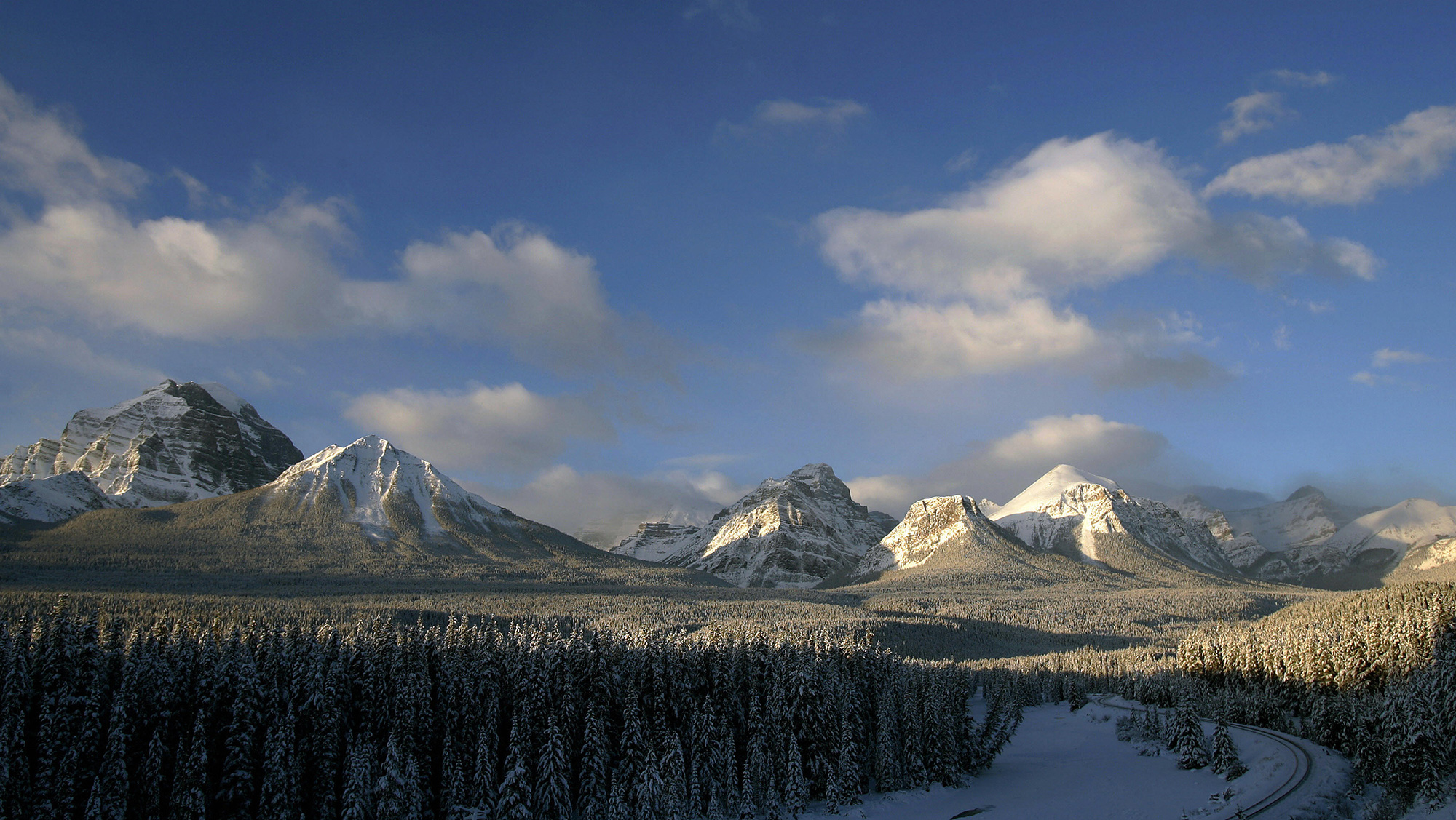 I spent the past two weeks in Canada, north of a town called Nelson in British Columbia. One evening, while nearing sleep, I heard a rumbling that sounded like a train. In the morning, I woke and people were talking about an enormous fireball that had passed overhead. The rumbling had been the result a meteor crashing to Earth.

A bit later, I headed out for a hike. The country north of Nelson was beautiful and very lightly inhabited. That morning it was covered with what seemed like a thick and eerie mist. It was in fact the result of massive forest fires that had ravaged British Columbia.

Where I was, I had a sense of both extremes that nature presents in Canada and also its loneliness. A meteor could fall and not disturb anyone. I had been to Canada many times before, but always in the south. Here I got a sense of loneliness that I had never quite experienced in the United States. The roads were sparse, as were the people. It was that loneliness amid beauty that riveted me. I have, of course, visited most major Canadian cities and they are simply cities, as inviting and confining as most. Obviously, every country has the paradox between the rural and urban, but the first thing you notice about Canada is the profound division between human life and the absolute solitude of most of the country. 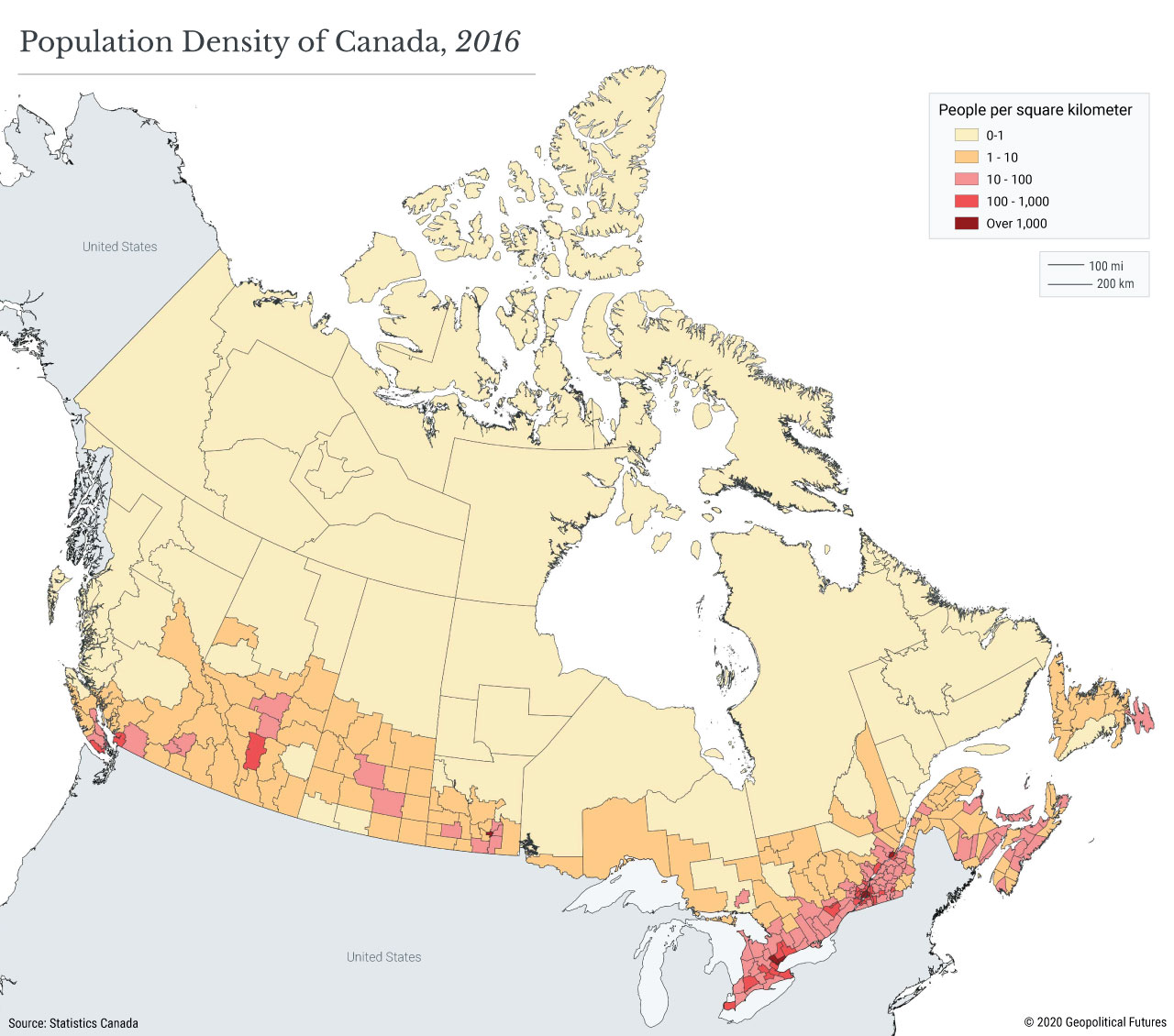 A Country Is Its People

Canada is the second largest country in the world, larger than China and the United States. But as has been frequently said, a country is its people. If Canada were reduced only to its populated areas, it would be a much smaller country. It would be a narrow strip bordering the United States, stretching unevenly from the Atlantic to the Pacific. The widest point of Canada would be 420 miles in Alberta. The narrowest point would run only a few miles from the border. Most important, the country would be divided into its eastern and western parts, separated by 400 miles of sparsely populated land.

From this perspective, there are two Canadas. Eastern Canada runs from the base of southern Ontario northeast along the U.S. border and St. Lawrence River. It extends into Nova Scotia and as for north as Newfoundland. This is the most densely populated area in the country, with the population concentrated in cities like Toronto, Ottawa, Montreal and Halifax.

The second Canada runs through Manitoba, Saskatchewan, Alberta and into British Columbia. Its northern border extends in a diagonal line westward until the structure collapses west of Edmonton. The population here is also concentrated along the U.S. border but also runs north in a narrow line toward western and central British Columbia, finding an anchor in Vancouver. 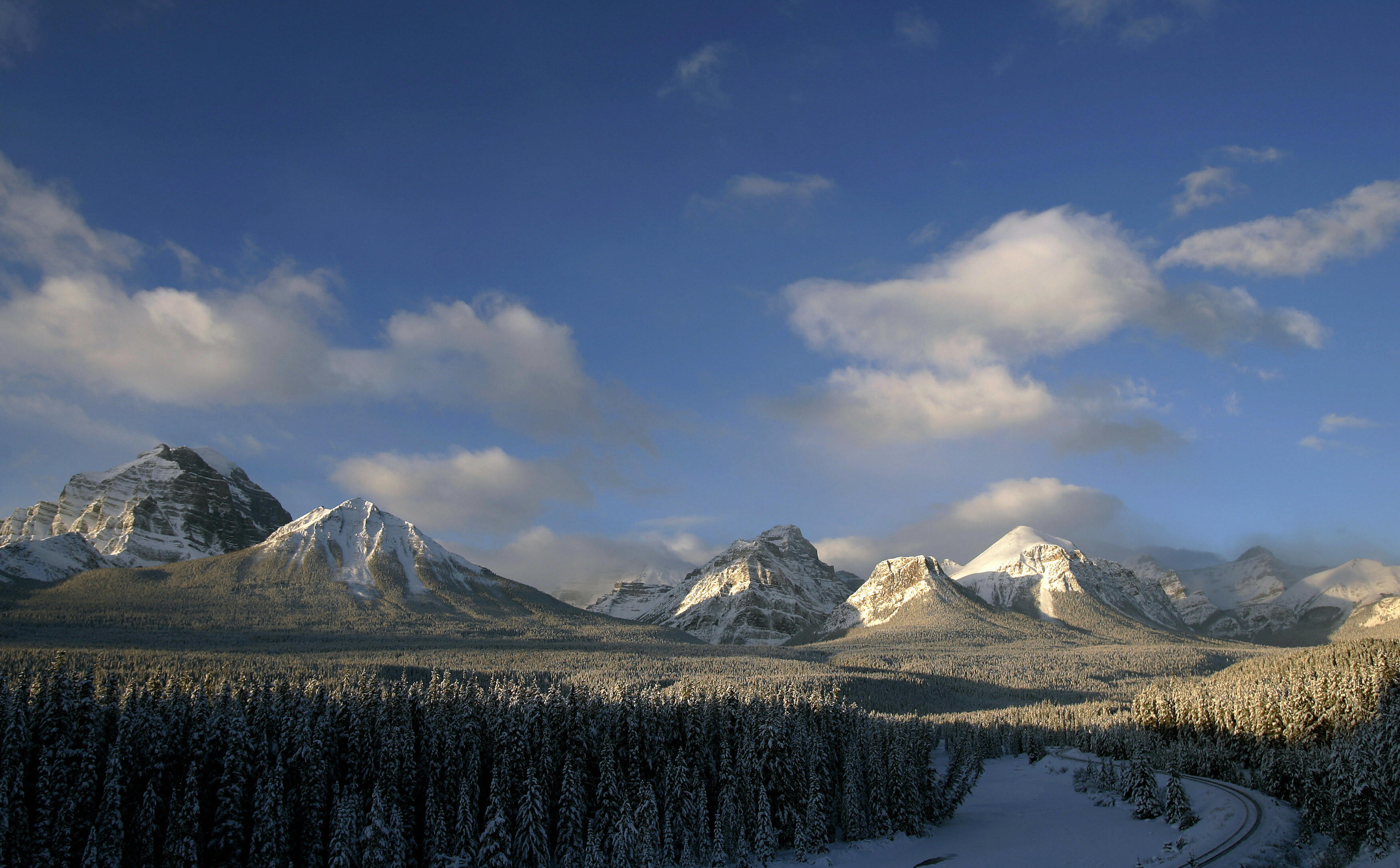 The eastern segment of Canada was the area first settled and fought over by the English and French. It has vast areas of farmland, with a social structure similar to the American upper Midwest.

The western segment was settled later. It also has extensive farmland, but extractive industries are a key part of the economy here. The area on the map that shows a major surge in population toward Edmonton is where energy resources are pulled from the earth. This region has long prospered drilling and mining. So, for example, the pattern of population distribution in British Columbia is a remnant of similar activity.

The eastern population bloc also has internal variations in culture and economy, but it’s less culturally linked to the United States. There are three parts of the bloc: the Maritime region, Quebec and Ontario. Quebec is differentiated from the other two regions by language and culture. It has historically been the least comfortable in Canada, and Canada with it. The two English-speaking areas are also wildly different from each other. The maritime region is the poorest in Canada, its economy still rooted heavily in traditional and declining activities like fishing. Ontario, built around Toronto and Ottawa, has the most modern and self-sustained culture of the group.

These profound differences between the provinces have resulted in division within Canadian society. In Quebec, there was a serious movement for secession just two decades ago. Today, when I visit Alberta, I hear occasional talk, mostly wistful, about secession and joining the United States. In British Columbia, the differences with Calgary’s culture are openly discussed and the disdain for its Texas-style culture is clear. There is a general disdain for the Maritime provinces, seen as poor and backward in the eyes of many.

Such diverging economic interests and cultural perspectives have torn other countries apart. Reconciling the interests of places as diverse as Calgary, Quebec and Nova Scotia is difficult to imagine. They are too different in every sense to feel part of a single country. Canada’s founders understood this. In a country this diverse, any unity beyond confederation is impossible.

Canada manages this tension in an interesting way. Calling Canadians “nice” is commonplace, but it’s also symbolic of Canada’s approach to coping with this divide. Canada cannot afford to confront its diversity. Different parts of the country look at the world in very different ways, and attempts to delegitimize these interests and values would have explosive effects if pressed to the extreme. There is an unspoken agreement not to understate the differences, and to avoid confronting the tension underlying the country.

We see this in foreign policy as well. Given its proximity to the U.S., the heart of any Canadian foreign policy must pivot around the United States. There are issues with this but the relative weight of the two countries make accommodation difficult to avoid. As to its broader foreign policy, if consensus can’t be reached, no region can be pushed to an impossible point. An aggressive foreign policy would be risky. Canada must therefore establish a nonassertive foreign policy. I do not mean this ironically, but this is a “nice” foreign policy. It is not that Canada is weak. Others are weaker. It is that creating internal stress in Canada would be dangerous.

Canada has built a brilliant strategy recognizing, even respecting, regional differences. And so it is that Canada pursues an imperative it has no choice but to pursue. Underneath the comity of Canada, there is a frailty that would not withstand excessive pressure. This is therefore a nation that will survive by brilliantly balancing forces that would ruin other countries.

Differences can be managed; they can’t be controlled. We see this caution particularly in Canada’s foreign policy. There is a perpetual tension that is managed by asking less of regions than other countries might. Its modest foreign policy therefore is seen by Canadians as a virtue. It is in fact a virtuous necessity.