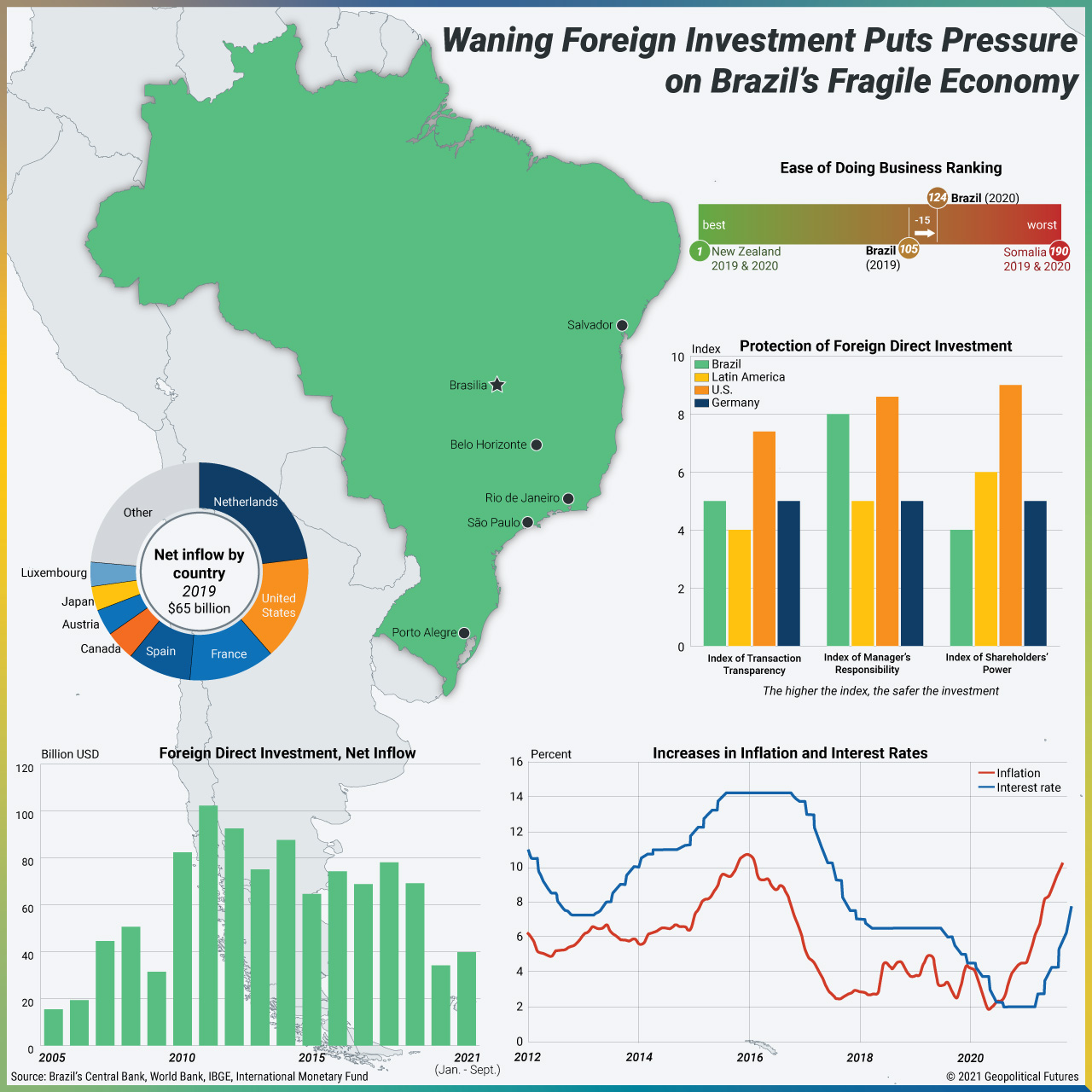 The Brazilian government expects foreign direct investment to be a major component of its economic recovery from the pandemic – just as it has been since the country’s economic crisis of 2014-15. This time, however, Brasilia faces a steeper uphill climb in bringing back FDI and reviving growth. The central bank’s weekly market survey projects $50 billion in FDI this year, with $39.9 billion of that occurring from January to September. It expects 2022 FDI to reach $60 billion. Both figures are below pre-pandemic levels, which are not expected to be reached until 2023 at the earliest. Red tape and doubts about the government’s ability to contain inflation and interest rates are lingering problems.

The eventual return of FDI will especially benefit Brazil’s economic hubs in the south and southeast. Industry and energy operations are concentrated in the Sao Paulo-Rio de Janeiro-Belo Horizonte triangle. Porto Alegre hosts another industrial hub. But shortages of containers, input materials, workers and investment have dampened activity in these areas. Their recovery is essential for Brazil’s overall recovery.

For Brazil, a Bad Year Could Get Worse

Brief: After the Ultimatum in Belarus