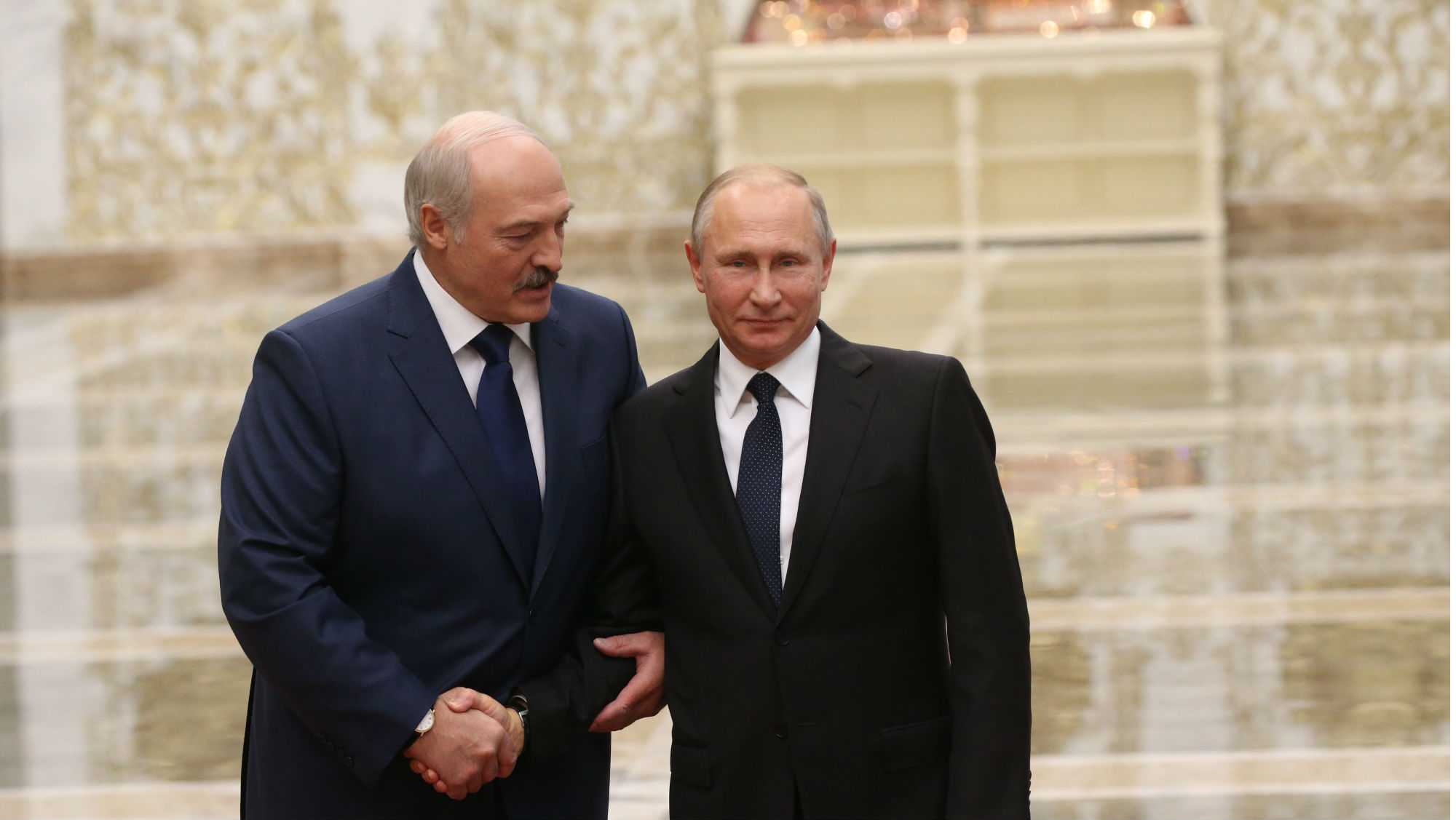 Belarusian President Alexander Lukashenko on Dec. 15 praised his country’s intelligence and security service, the KGB, during a ceremony marking the 100th year of the state security bodies. Lukashenko, who has led Belarus since the collapse of the Soviet Union, has kept the country as close to a Soviet-style republic as possible. (He even let the state security service keep its Soviet name.) And despite most expectations, Belarus’ only post-Soviet president has kept the country stable.

What Belarus does or doesn’t do is mostly of little importance, but it’s stability matters a great deal for relations between Russia and the West. From the time of the czars to today, Russia has counted on several states to its west to serve as a buffer between it and other European powers. This buffer has consisted of the three Baltic states, Ukraine, and between them, Belarus. The buffer dramatically increased the distances that invaders had to travel to take Moscow or the agricultural, industrial and military resources to the south. It enabled the Russians to fend off invasions by organizationally and technically superior enemies. Recent history is rife with such invasions. In the 18th century, Sweden and Russia fought multiple wars. In the 19th century, the French invaded. In the 20th century, Germany invaded – twice. The threat of invasion is not theoretical to the Russians; it happens frequently enough that preparing for it is the centerpiece of Russian national strategy. The buffer is where the Russians absorb, exhaust and ultimately defeat their attackers. 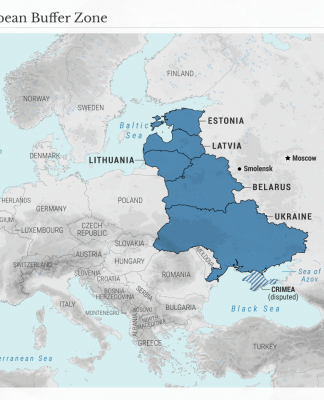 In 2004, after the Cold War had ended, part of the buffer dissolved when the Baltics were admitted into NATO. The distance from NATO forces to St. Petersburg shrank from nearly a thousand miles to less than a hundred miles. Late that year, Ukrainians rose against their pro-Russian government in the Orange Revolution – something Moscow saw as a Western attempt to integrate Ukraine into NATO. It was, for all intents and purposes, a 21st-century invasion. Russia’s response was an extended covert struggle for control of Ukraine, culminating in 2014 in the Euromaidan protests and civil war.

Today, Ukraine is mostly a frozen conflict. In strategic terms, the buffer has held. Ukraine has not joined NATO, nor has it strengthened militarily to the point of posing a danger to Russia. The Russians continue to hold Crimea, but the pro-Russian rising in eastern Ukraine has had limited success. Ukraine is far too large for Western, and particularly American, forces to threaten Russia, and from the West’s point of view, the same is true of Russia. A strategically stable situation has emerged.

Belarus can upset the entire balance. Since the fall of the Soviet Union, Belarus has been generally hostile to the West and cautious toward Russia. Lukashenko has presided over an extremely repressive regime that crushed all would-be destabilizing forces, and thus has served a crucial geopolitical function. While the Baltics were siding with NATO and Ukraine’s future was uncertain, he held the buffer, blocking what has historically been the main line of attack from the West toward Moscow. 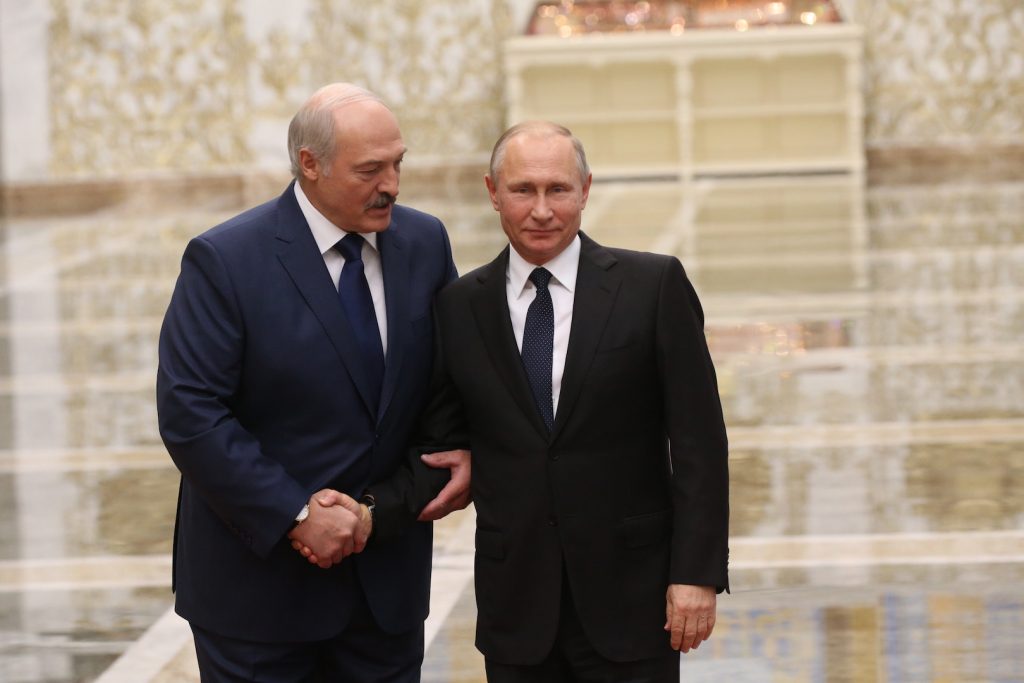 This has always been a tenuous comfort to the Russians. Lukashenko personified the regime, and the health of one man is not the best hook to hang a national strategy on. In addition, from Russia’s point of view, the West has probed the possibility of overthrowing Lukashenko and replacing his regime with one that is pro-Western. Though Lukashenko has blocked these attempts, Russia remains uneasy. This year, it carried out a major military exercise in Belarus that sought to demonstrate Russia’s ability to invade and take control of the country at a moment’s notice.

In the West, the idea of a NATO invasion of Russia is absurd. It has neither the intent nor the ability to do that. Russia, however, knows how quickly such things can change. In 1932, Germany was the Weimar Republic, weak and incapable of posing a threat. By 1938, it was Nazi Germany, with the most capable and aggressive military in Europe. It invaded Russia three years later.

If, in an extreme scenario, Belarus were to become part of NATO, Moscow would be just 200 miles from the forward concentration of hostile troops. Smolensk, which had been in the heartland of the Soviet Union, would effectively become a border town. The entire geopolitical structure of Russia, already weakened by NATO’s absorption of the Baltics and by the instability in Ukraine, would basically collapse. The buffer would be lost.

Russia can live with a neutral Ukraine, a neutral Belarus and a pro-Western Baltics. It can even live with a Western-leaning Ukraine that is not too well-armed by the West. But if Belarus tipped, it would trigger a Russian response – first a political one, then a military one. Whether Russian troops, which are already stretched thin, can carry out a complex operation in Belarus – and do so with the right amount of force – is unclear, but they would have to try. Belarus is the tipping point. Lukashenko’s praise of the KGB’s work represents an assurance to the Russians that he has the situation under control and a warning to the West not to intrude.