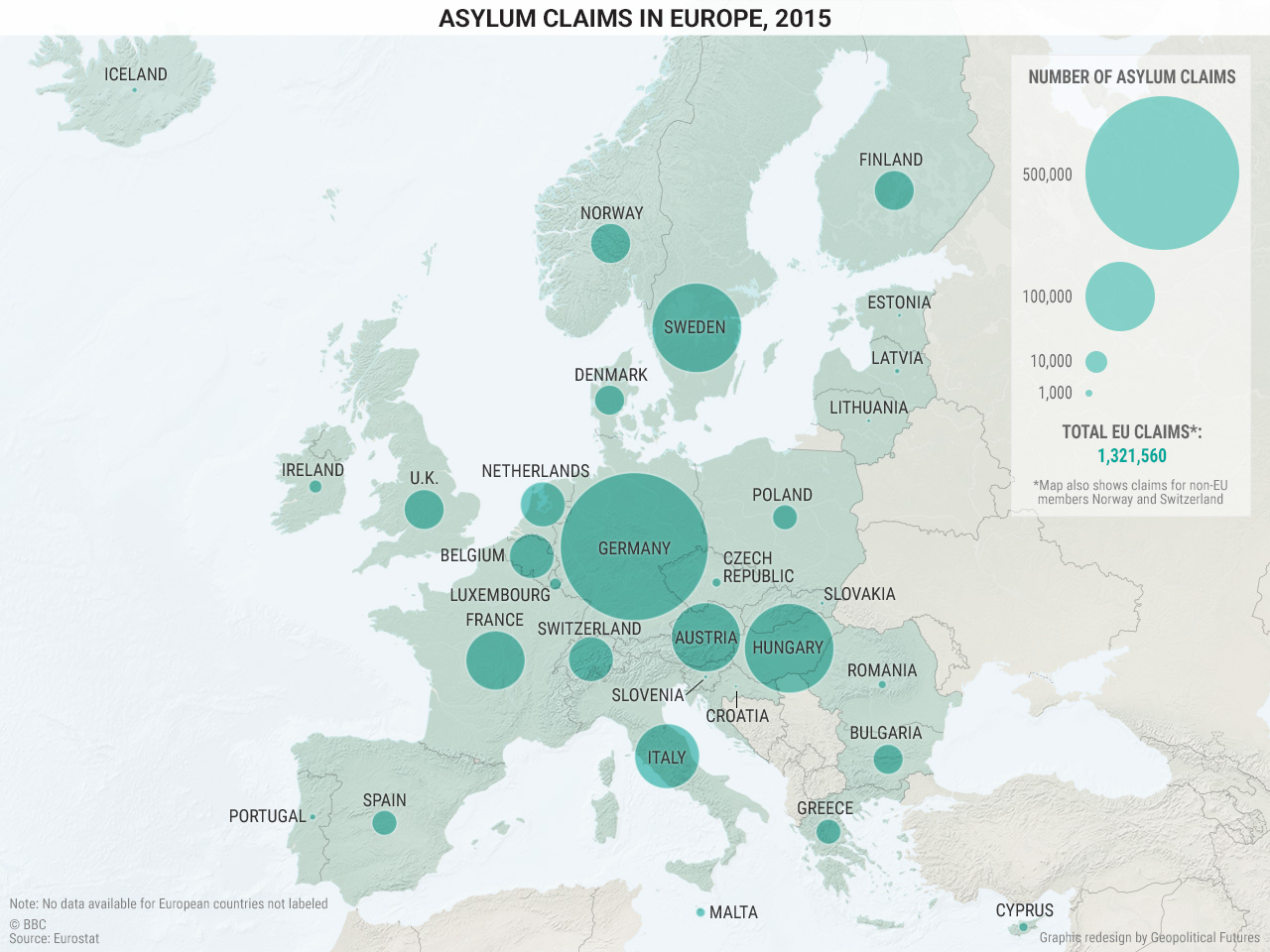 Turkey and the EU agreed to the deal even though they knew the terms would probably never be realized. It was signed for political reasons. The EU wanted less migrants. The Turkish government wanted to show it could make the EU take Turkey seriously, and money helped too. Like all things political, however, the deal is subject to haggling. Ankara has threatened to break off the deal both as an example of its own power and to deflect criticism after the July coup attempt. The graphic above shows why the EU will maintain an interest in keeping the deal in place, even if that means making some concessions. To read more about how Germany is handling the refugee crisis, see our most recent Deep Dive, Germany and Turkey’s Quiet Alliance.

The future of a Caspian gas rig swings between the EU...