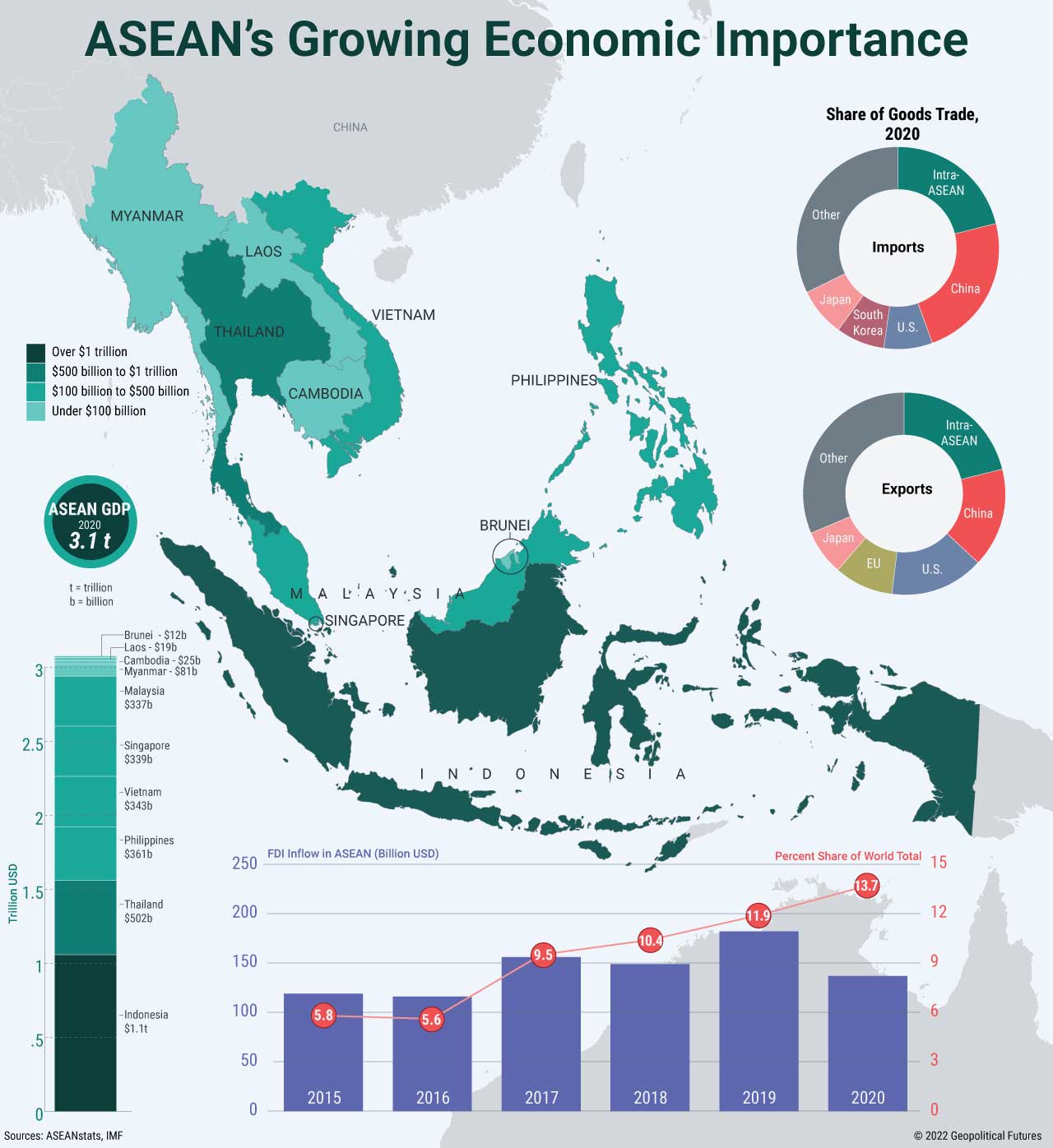 The Association of Southeast Asian Nations is an increasingly important player in global trade. The 10 members of the grouping together comprise the world’s fifth-largest economy. Its economic resources aren’t quite evenly spread, however. Indonesia has the largest economy among the members, accounting for one-third of its total gross domestic product. It’s followed in a distant second by Thailand and then the Philippines. Still, with its strategic location, ample natural resources and abundant human resources, the region stands out as an attractive destination for foreign direct investment. Its 25 percent dip in FDI in 2020 was a relatively moderate decline compared to the performance of other regions in the world that year.

ASEAN’s largest source of imports is, unsurprisingly, China. The grouping’s biggest Chinese imports are automatic data processing machines and components, textiles, clothes and clothing accessories, mobile phones, and integrated circuits. The bloc’s main exports are labor-intensive goods like soybeans, cotton, wheat and dairy products. Its biggest customers outside of ASEAN are China, the U.S., the EU and Japan.

Japan’s Growing Role in the Indo-Pacific