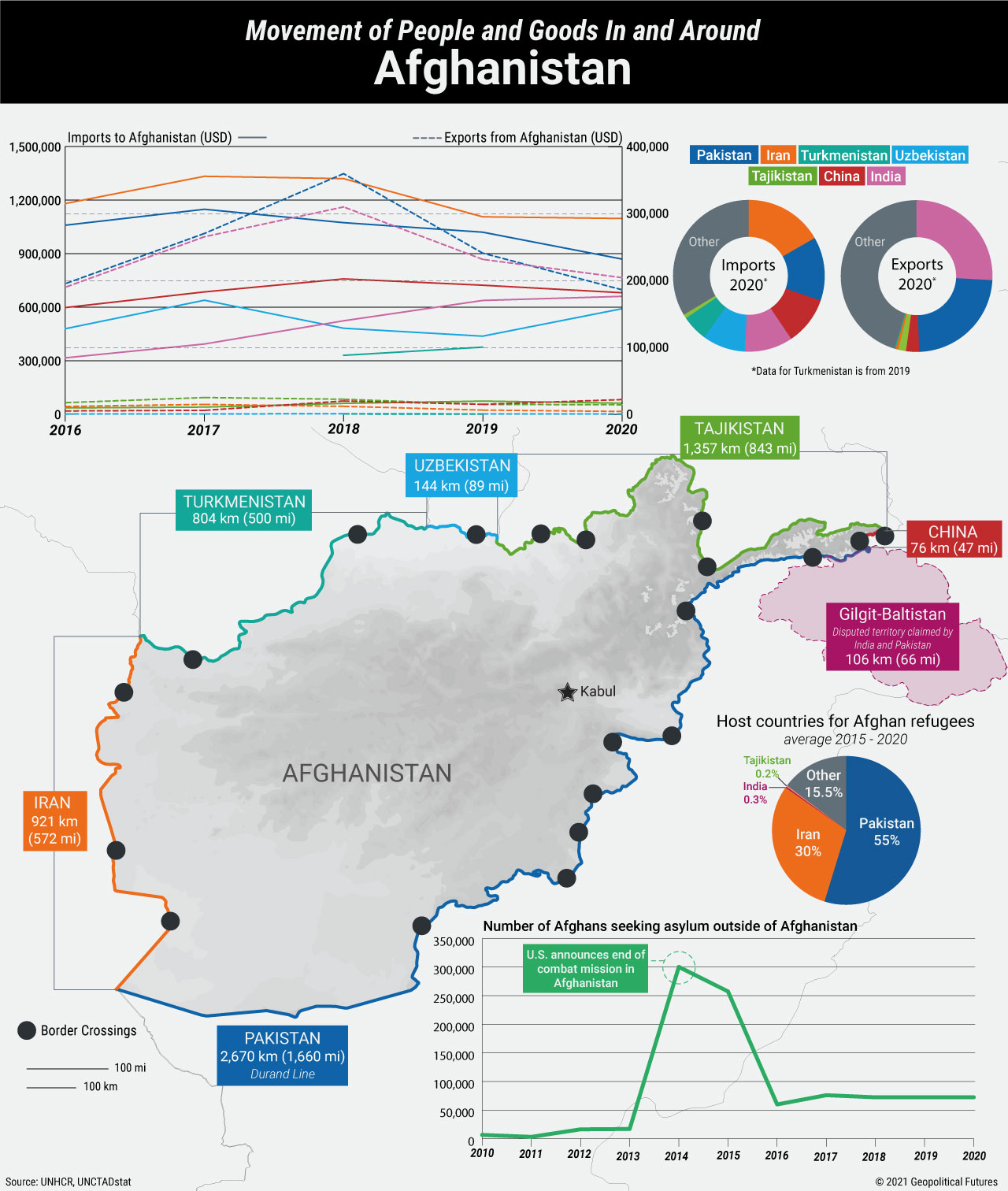 Landlocked Afghanistan is a bridge between Central and South Asia, giving it the potential for a high degree of integration with its neighbors and an important role in regional trade. However, the country’s instability is not just an obstacle to these ambitions but a source of destabilization for the wider region.

Decades of violence have led to a consistent flow of refugees from the country. The main recipient countries are neighboring Pakistan and Iran, which began accepting Afghan refugees during the first wave caused by the Soviet invasion of Afghanistan in 1979. Now, with the Western military withdrawal from the country and resurgence of the Taliban, a new surge of refugees is forming. This concerns Afghanistan’s neighbors as well as more distant players with an interest in the region, like Russia, Turkey and the European Union.

John F. Kennedy and the Origin of Wars Without End