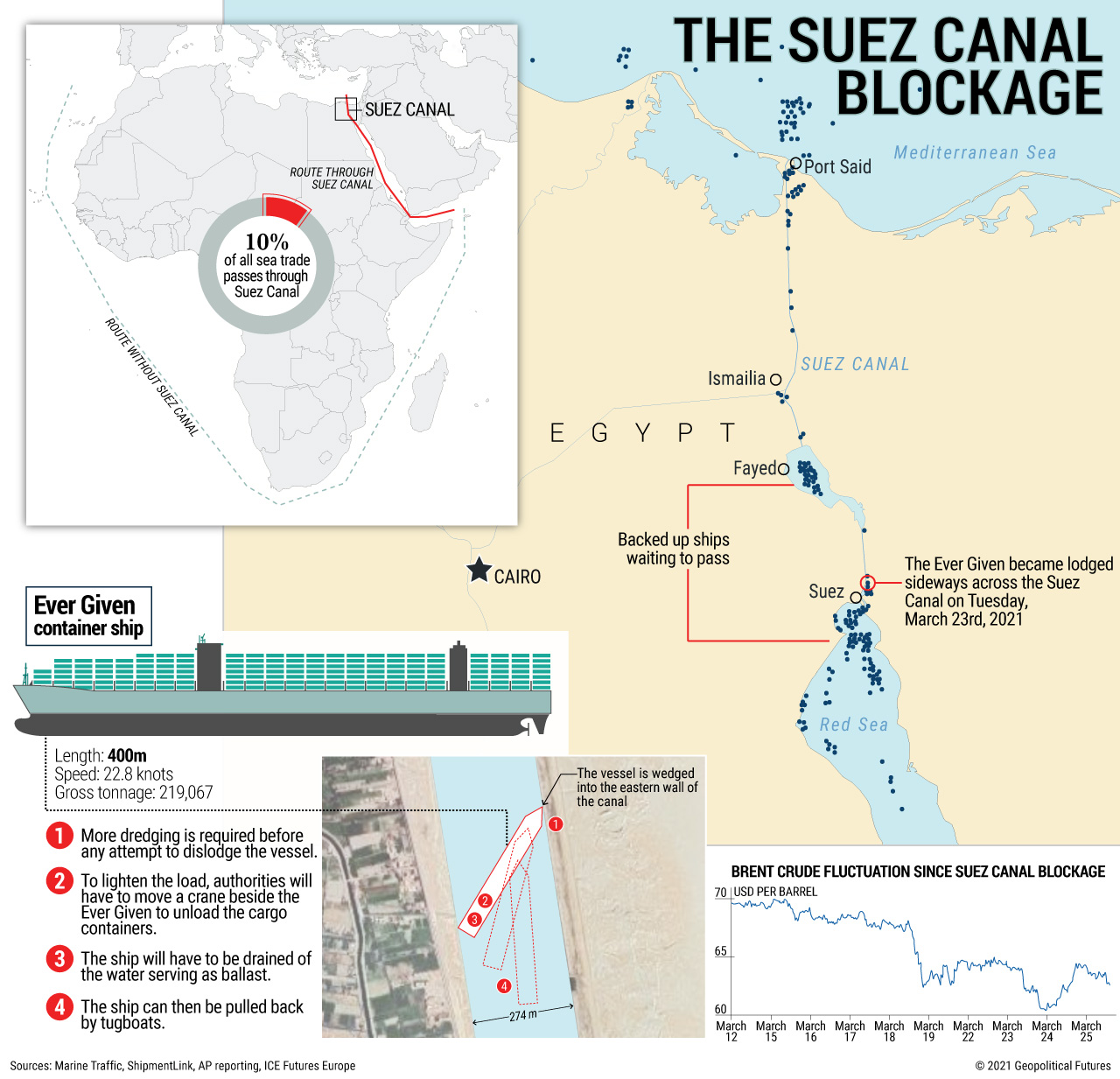 Egyptian officials said Friday that they hope to reopen the Suez Canal by Saturday after the giant container ship, Ever Given, ran aground March 23. The operative word there is “hope”; analysts have said freeing the ship could take weeks. The Suez is one of the most critical canals in maritime trade, particularly when it comes to the transit of oil from the Middle East to Western markets. Lloyd’s List estimates daily losses could exceed $9 billion from the delayed cargo. The alternative route, around the Cape of Good Hope, adds weeks and hundreds of thousands of dollars to the trip. The price of oil has risen as a result of the incident, but hopes that the blockage will be short-lived have tempered the market reaction so far.

The coronavirus pandemic has already done a number on global trade and the already volatile shipping market. Episodes such as this are another painful reminder of the sensitivity of supply chains – as if the world needed any more – and the importance of maritime chokepoints.

On the Suez Canal and Chokepoints

What We’re Reading: Gaullism and the Suez Canal