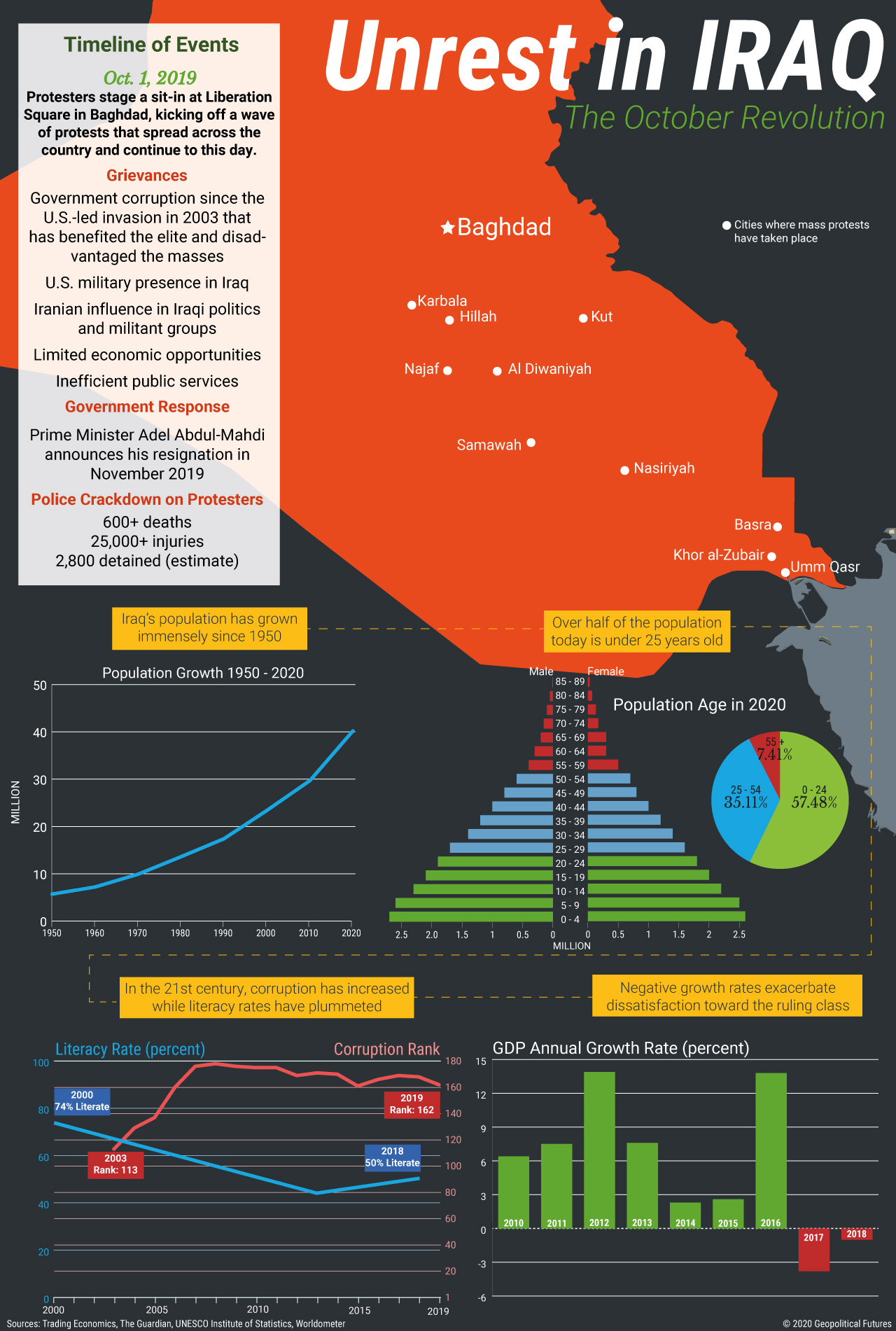 Protests in Iraq over a number of social grievances have been ongoing for months now. The demonstrations started among the youth population in Baghdad last October and targeted poor living conditions, rampant government corruption, declining educational opportunities and unemployment. But the protesters’ demands have evolved over time.

Following the Jan. 3 U.S. attack on Qassem Soleimani, the commander of Iran’s Islamic Revolutionary Guard Corps, and the subsequent U.S. and Iranian missile strikes in Iraqi territory, concerns over foreign influence have added a new dimension to the demonstrations. Many of the protests have taken place in Iraq’s southern, Shiite-majority provinces, where demonstrators have condemned Iranian political interference and support for paramilitary groups in the country. Some protests in this area have even led to the destruction of Iranian consulate buildings and the offices of IRGC-affiliated militias. A camp led by Muqtada al-Sadr – known as the Sadrist movement – has also objected to foreign involvement in Iraqi affairs, calling for the expulsion of U.S.-led anti-Islamic State coalition forces stationed in Iraq. The protests continue to fragment, with no clear demands or leadership.