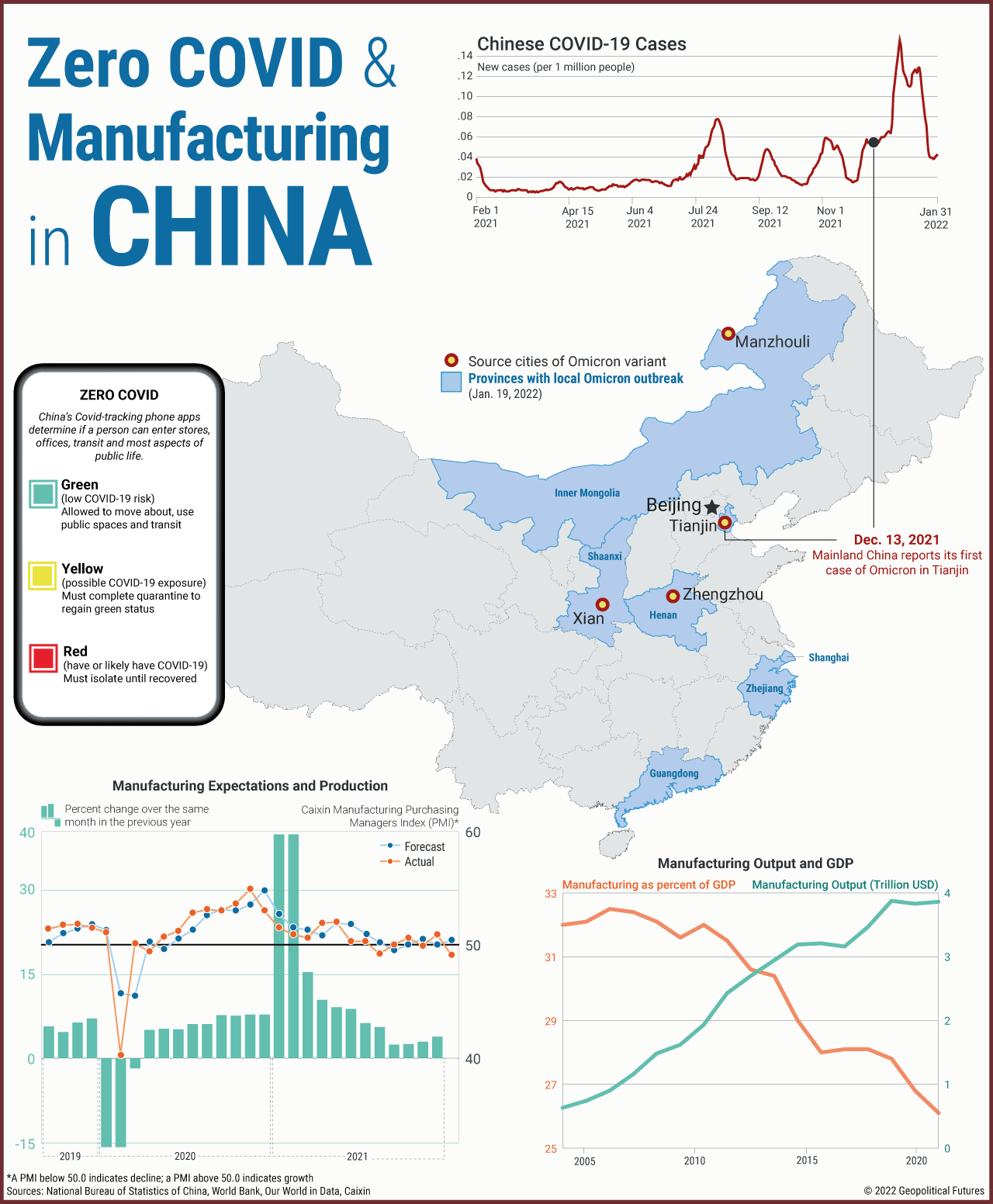 It was in China, specifically the city of Wuhan, where the first cases of COVID-19 were detected in early 2020 before quickly spreading worldwide. China is now pushing a zero COVID policy using contact tracing, mass testing, a special app and lockdowns to try to eliminate the virus completely. Similar strategies have been adopted in other countries but were eventually abandoned in the recognition that COVID-19 is here to stay. But China is holding firm, imposing regulations very similar to the ones adopted at the beginning of the outbreak.

In the first year or so of these measures, they seemed to be a reasonable approach and helped Beijing successfully and rapidly contain the virus with fewer deaths than most Western countries. Two years later, however, things don’t look nearly as bright for China. The Delta variant proved extremely hard to control, and the containment measures are having ripple effects. In Xian, which saw the biggest lockdown outside of Wuhan, food shortages and deficiencies in medical treatment are growing.

Now, the rapid spread of the Omicron variant, which reportedly first emerged in Tianjin in December, and the increasing costs of keeping it under control are raising concerns about the sustainability of China’s approach. The economic impact is becoming more apparent, especially in the manufacturing sector in terms of both supply and demand. In January, output slowed to its lowest level in two years, mostly due to factories being forced to temporarily shut down. It’s unlikely that China will ease the measures before the pivotal Party Congress, where President Xi Jinping is expected to secure his third term, set for the second half of 2022.

The State of the Middle East Amidst US-Iran Tensions