Japan’s Mitsubishi Research Institute said in its latest report that artificial intelligence will replace 7.4 million jobs and create only 5 million by 2030. At the same time, citing the Boston Consulting Group and AliResearch Institute, Chinese media reports that the digital economy will create about 415 million jobs by 2035, while artificial intelligence will replace an unspecified number of low-skilled and labor-intensive jobs. Both Japan and China are facing demographic challenges that will lead to a decline in the working-age population. And they are not alone. Most advanced economies will see population declines in the coming decades. Europe’s population is set to decrease from about 700 million people today to between 557 and 653 million in 2050, according to United Nations forecasts. 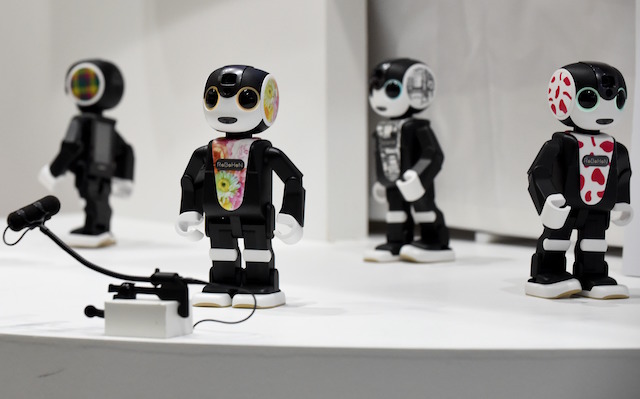 The U.N. also says that between 2000 and 2050, the world’s population will grow at a rate of 50 percent. Between 1950 and 2000, the world’s population doubled – from 3 billion to 6 billion. However, population growth decreased in advanced industrial countries. Traditionally, declining population has meant declining power. One of the most important sources of power for countries is their economies. Demographics influence economic growth because they have implications for the labor force, savings, investment and public sector spending. All these relate to economic productivity, which increases due to accumulation of capital, combined with organizational and technological change. This is why finding technological ways to counter declining population is key for maintaining political power, founded on maintaining economic growth.

But technological advancement is not government triggered or controlled. Aging populations make robots necessary. Faced with the prospect of a shrinking workforce, companies increase automation and use robots to maintain productivity. They achieve this through constant innovation, which, in turn, supports technological advancement. The use of robotics to increase productivity has been facilitated by the latest revolutionary innovation: the microchip. Since the 1980s, the microchip and computers have been an essential part of reversing the economic stagnation of the ’70s and have been at the center of the digital economy. The fact that the microchip was invented in the United States has been the foundation of America’s cultural and economic hegemony. American businesses were the first to use automation in production and distribution processes, helping productivity rise. Since the 2008 financial crisis, U.S. productivity growth has diminished, and while automation is widespread, the perceived stagnation indicates that the microchip industry has aged. Robotization is either not enough or is no longer increasing productivity, since further technological innovation is needed to boost economic productivity again.

Robotization has been the solution for declines in productivity and the workforce in countries with aging populations. The latest data released by the International Federation of Robotics indicates that worldwide robot sales increased in 2015 by 15 percent, the highest level ever recorded for one year. Five major markets represented 75 percent of total sales volume of industrial robots in 2015: China, South Korea, Japan, the U.S. and Germany. The industrial robots market is set to grow, and Asia will continue to be the strongest market, followed by Europe and North America. This data confirms that most companies in advanced industrialized countries with aging populations have changed their business models to leverage digitization and decrease their dependence on workers. Therefore, robotization is a response to social and economic conditions. It is used now worldwide, to varying degrees and for different reasons – either due to challenging demographics or the need for increased productivity.

Robots have changed the labor market in that the demand for skilled, educated workers has grown and the demand for manual labor has declined. The first generation of robotics used computer programs that could develop a perception of their surroundings and react based on specific instructions. The second generation involved the use of neural network programs, which are based on more sophisticated analysis. The third and fourth generations of robotics function on programs that create representations of the world and other agents, simulating what in psychology is called the “theory of mind” – the understanding that other creatures have thoughts and emotions that affect their behavior. The next generation aims at developing built-in systems that can form representations about themselves, which ultimately means machines will have consciousness. These applications of the microchip turn machines into replacements for the workforce. But not in full. Machines need to be controlled by humans.

Smart, talented human beings are key to managing the digital world of robots so that these robots benefit society. This is why scientists constantly try to find ways to improve quality of life and expand life expectancies. Therefore, developing cybernetic organisms (or cyborgs, for short) is key to solving the demographic problem. Retinal implants and prostheses that replace amputated body parts are some of the first cyborg applications that have improved quality of life. Other artificial intelligence applications are direct brain computer interface implants or memory boosting implants that may cure patients suffering from Parkinson’s and Alzheimer’s disease or who have had strokes. Restorative technologies, which restore functions to the human body, is the part of cyborgization that is linked directly to solving demographic challenges.

Many research projects and initiatives are aimed at going beyond robotization to make sure labor markets support long-term economic development; in this way, they tackle the larger demographic problem. While all these projects are in essence international, with experts from various countries contributing to discussions, most are located in the U.S. There is little information on progress made in this industry in Japan or China, since media reports usually just highlight automation advances that are presented during industry-specific fairs in Asia. However, it is more important that demographic challenges that will define coming decades are met by technological innovation that surpasses microchip applications in automation. Advancements in medicine, natural sciences and information engineering will likely combine to offer the solution.