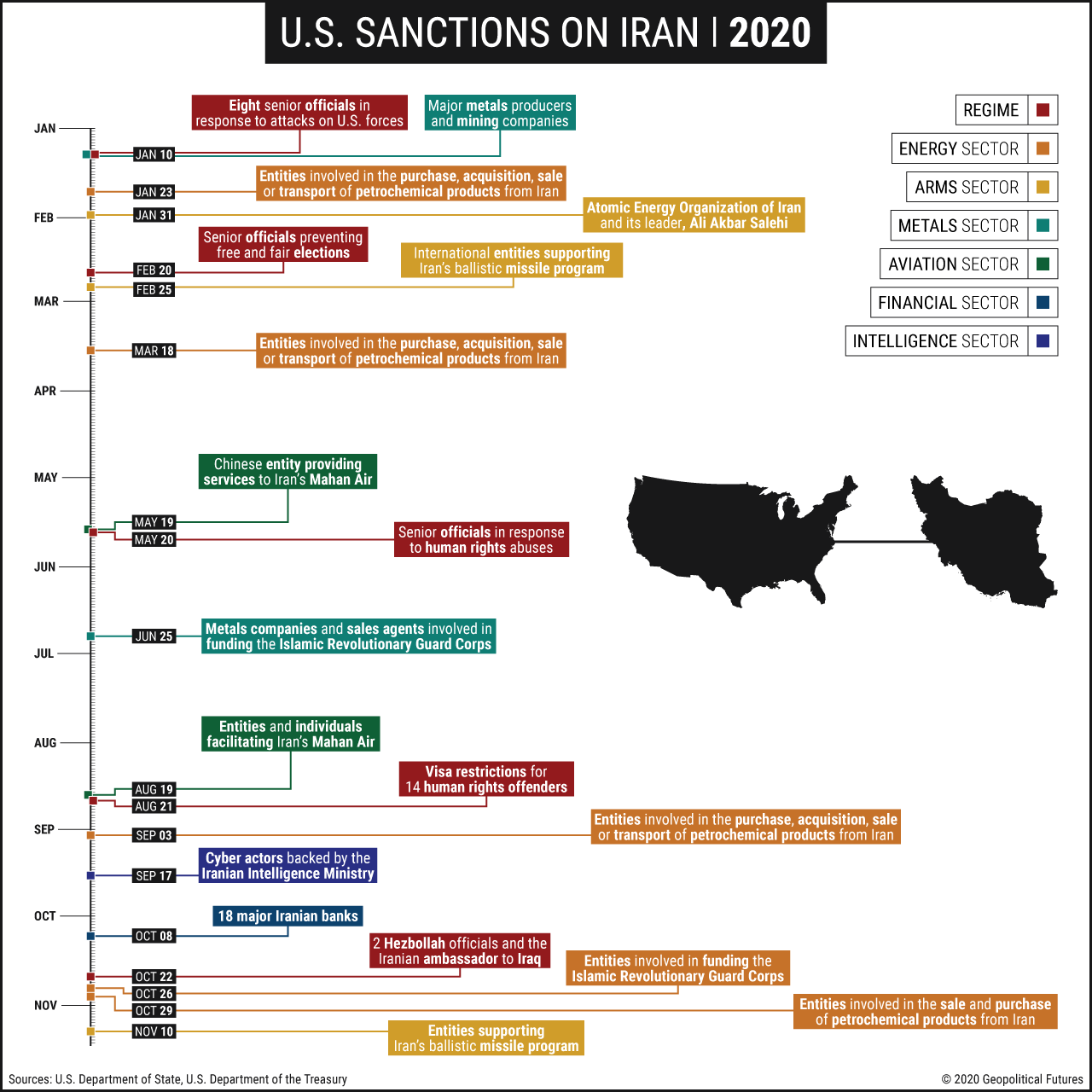 As a part of the Trump administration’s maximum pressure campaign against Iran, the U.S. government has imposed new sanctions on Iran throughout 2020. The sanctions were aimed at forcing Tehran to give up its nuclear ambitions, end support for its proxy forces in Iraq, Lebanon and Syria, and halt its efforts to become a major Middle East military power. The campaign has primarily targeted Iran’s oil industry (last year, 30 percent of the government budget relied on petroleum exports), but also non-oil sectors like shipping, finance and banking, arms and the Iranian cyber program.

The sanctions have exacerbated Iran’s ongoing recession, causing its gross domestic product growth to plummet and the currency to reach record lows. This week, the State Department’s special representative to Iran and Venezuela, Eliot Abrams, announced that the U.S. plans to impose more sanctions on Iran every week until Jan. 20 when a new administration takes office, in an effort to dissuade any future effort to revive the Joint Comprehensive Plan of Action.