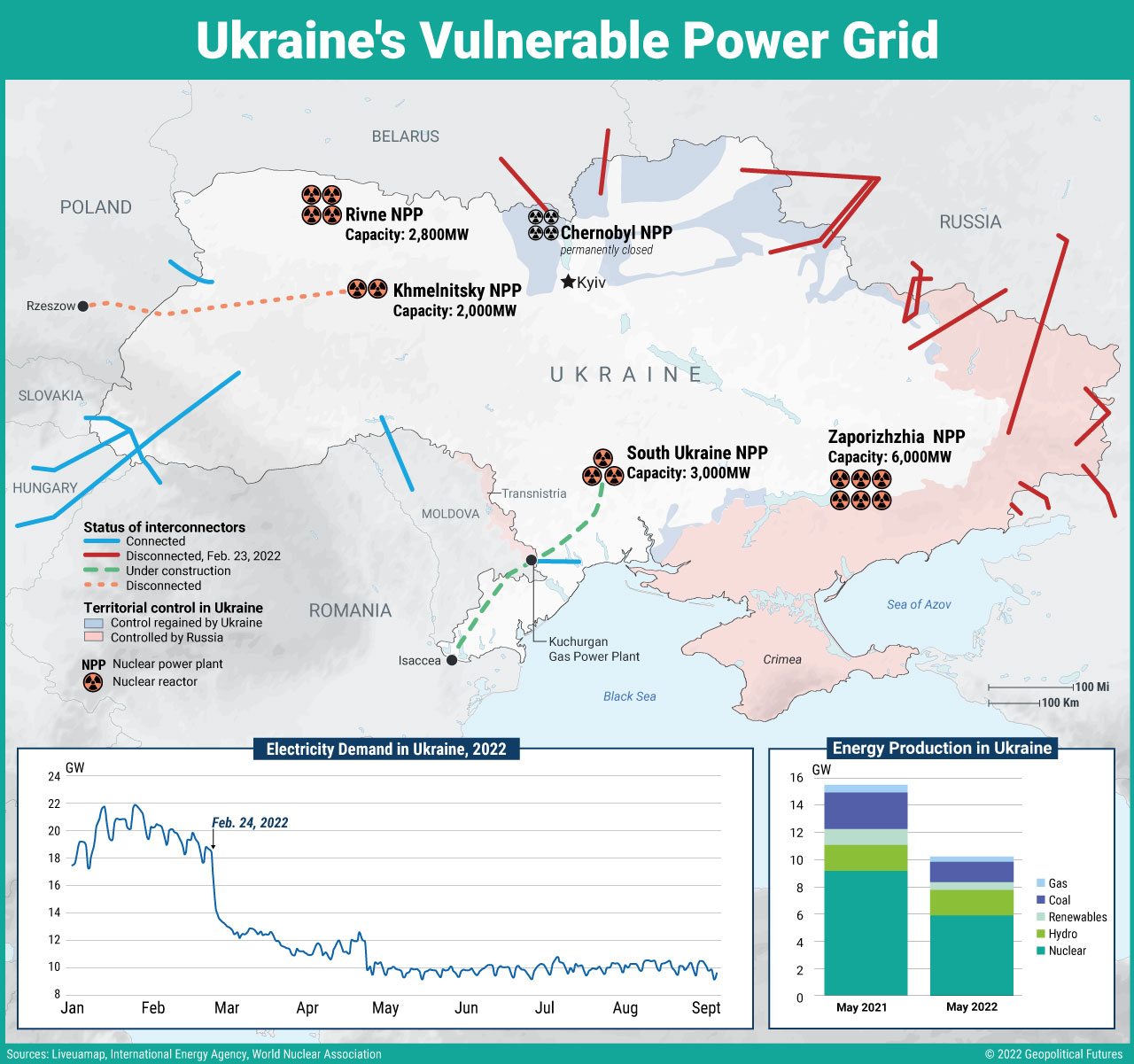 Ukraine’s energy crisis differs dramatically from that of its European counterparts. In Europe, the problem is related to exorbitantly high prices. But in Ukraine, the crisis is shaped primarily by the battlefield, where energy infrastructure has been a major site of the fighting. Since the beginning of Russia’s invasion in February, electricity demand in Ukraine has fallen by about 40 percent. This is largely due to nuclear power plants being taken offline, damage to distribution infrastructure, displacement of people and industry, and the lack of funds for operation and maintenance of facilities.

The physical and financial destruction of Ukraine’s energy sector could also have long-term impacts. The damage caused to energy infrastructure and companies thus far will require billions of dollars and many years to repair. The fighting has also significantly set back Ukraine’s efforts to integrate the sector with the EU and shift to renewables. Disruptions in the energy market will also limit the extent to which industry and other businesses can resume full operations.