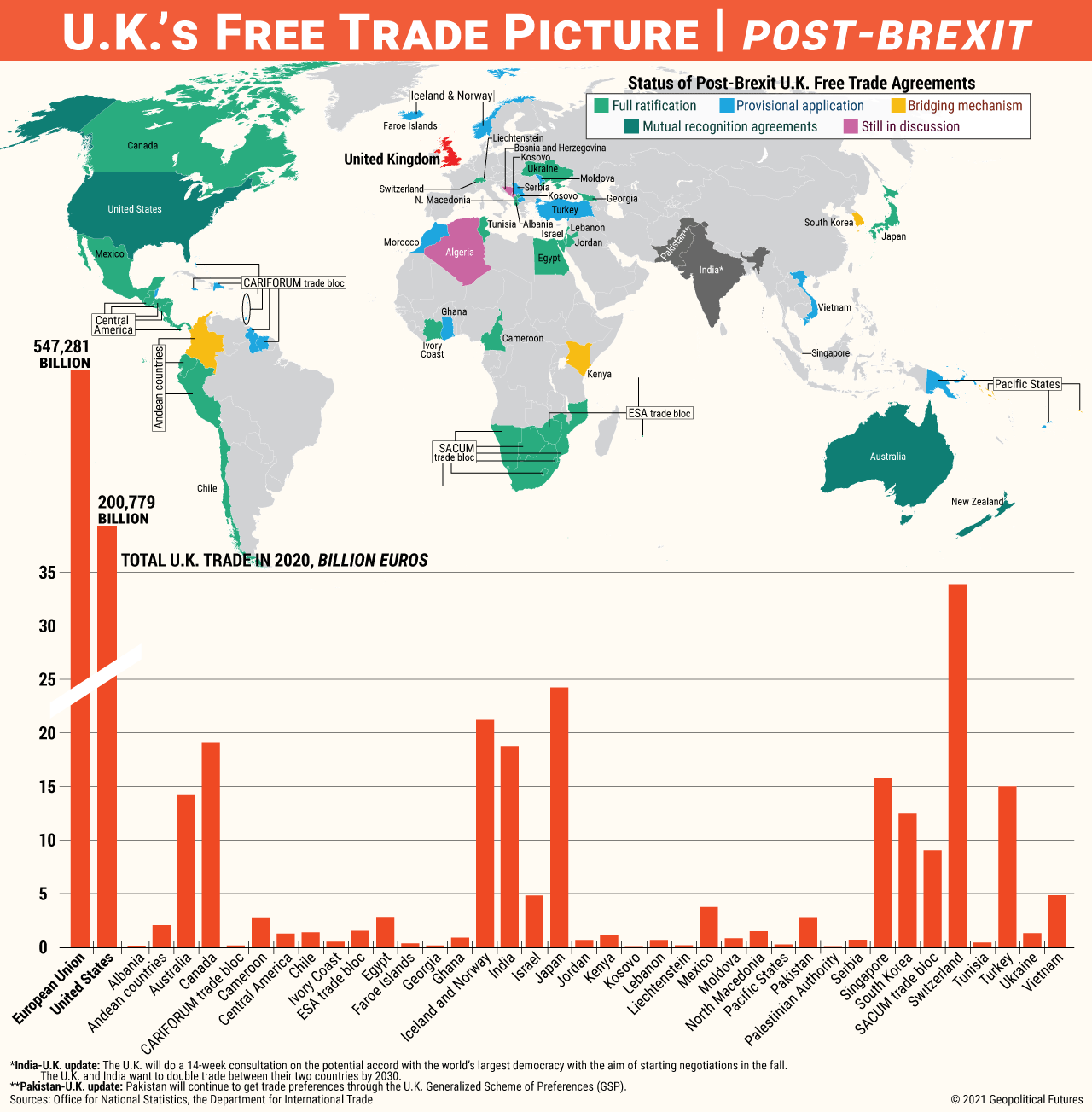 The United Kingdom is trying to redefine its role in the international system after leaving the European Union. A significant part of this process revolves around trade: Trade policy is an exclusive competence of the EU, and as a member the U.K. was automatically part of any trade agreement the bloc signed. But since the beginning of 2021, EU trade agreements have ceased to apply to the U.K. and, therefore, it needs its own trade policy.

The Commonwealth countries, particularly Australia and New Zealand, were easy first targets. An even bigger prize is the Comprehensive and Progressive Agreement for Trans-Pacific Partnership, a free trade deal encompassing Australia, Brunei, Canada, Chile, Japan, Malaysia, Mexico, New Zealand, Peru, Singapore and Vietnam. According to British officials, London should complete the process and become a member by the end of next year. The U.K. regards the Indo-Pacific as the engine of future global economic growth, and London wants to make sure it’s part of it. In September, the U.K. also expressed interest in joining the United States-Mexico-Canada agreement, formerly NAFTA (though U.S. officials were quick to point out that USMCA has no accession clause).

Finally, the United Kingdom’s geographic position still compels it to engage with Europe. At the end of 2020, London and Brussels signed their own trade agreement, the EU-U.K. Trade and Cooperation Agreement. This deal, however, might be at risk because of a standoff over the Northern Ireland protocol, which regulates Belfast’s post-Brexit trade status.