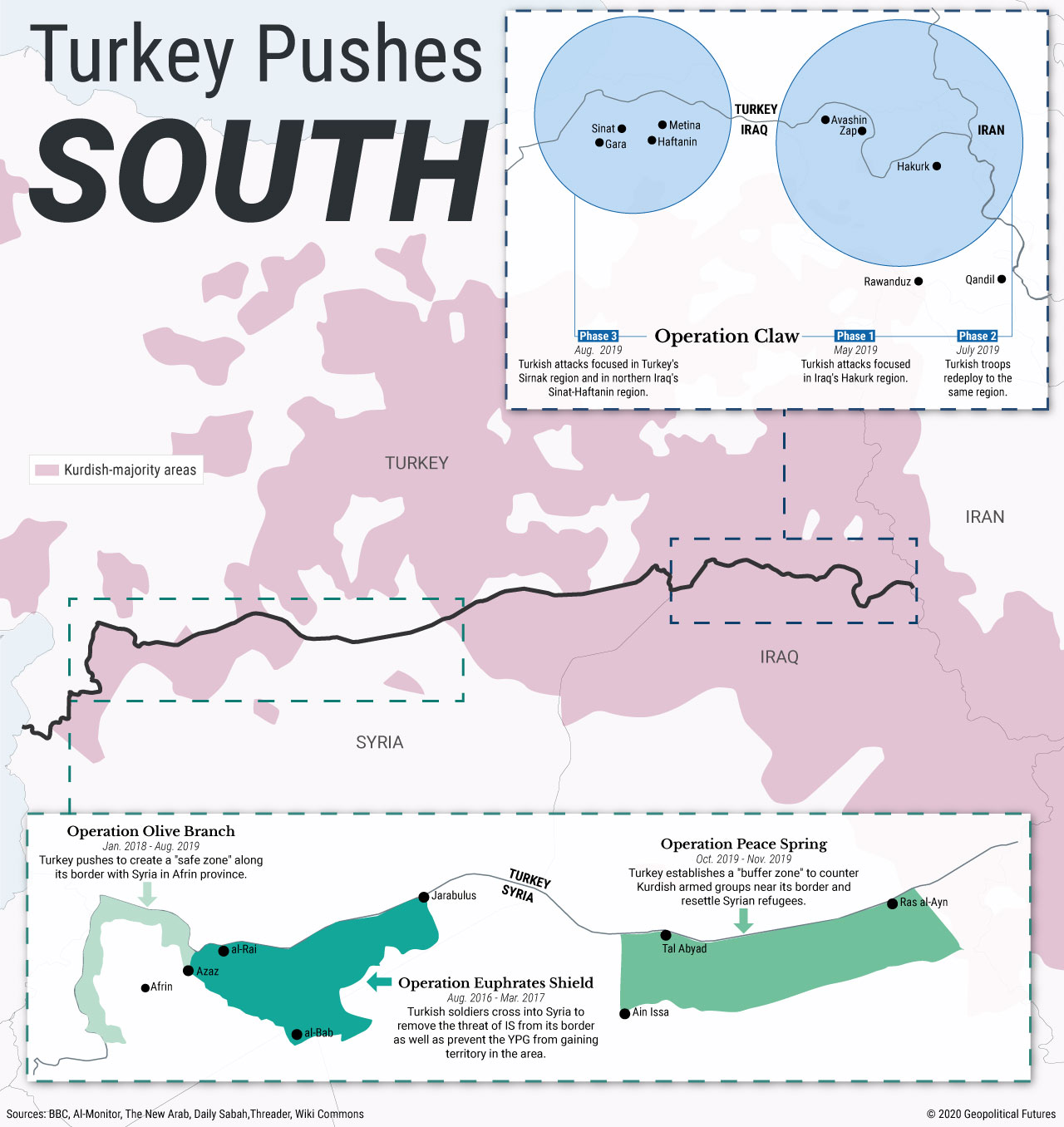 In its bid to create an area of influence along its southern border, Turkey has initiated two military campaigns in Iraq and Syria. These efforts have been directed at rivals it considers terrorist groups and geopolitical competitors like Iran, Russia and the Syrian government. In Syria, Turkey has conducted ground missions over the past four years as part of Operation Euphrates Shield, Operation Olive Branch and Operation Peace Spring. Through these operations, Ankara hoped to create a buffer zone along its border with Syria, repatriate Syrian refugees and confront geopolitical rivals such as the Russian-backed Syrian regime, Iranian proxies and Kurdish armed groups. In Iraq, Turkey has conducted a multiphase operation, Operation Claw, designed to curb the political influence and supply chains of Iraqi Kurdish groups that the Turkish government considers to be affiliated with the terrorist Kurdistan Workers’ Party.

Who Benefits From the US-China Trade War?