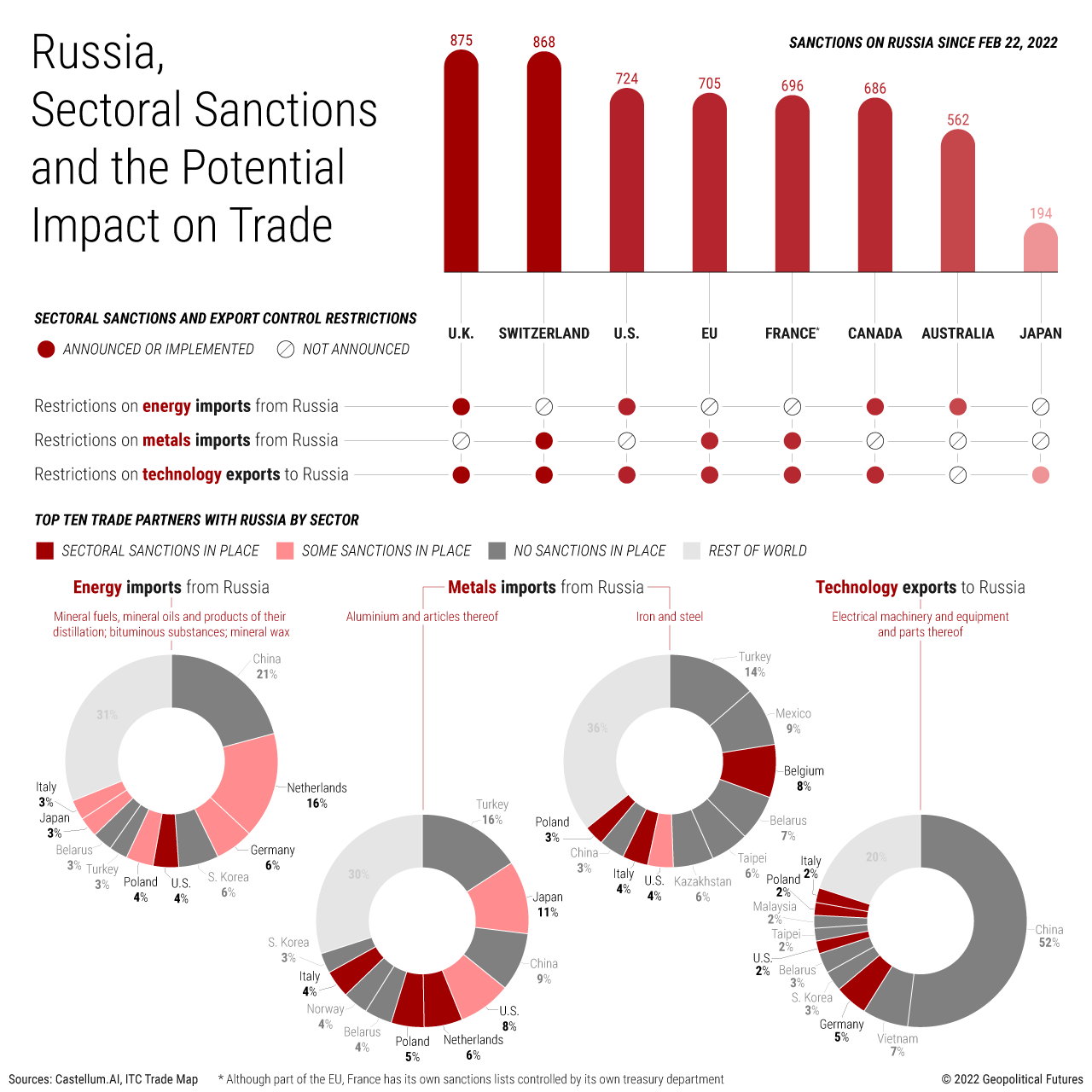 For Moscow, dealing with sanctions pressure is nothing new. Russia has faced international sanctions since 2012, when the United States and European Union imposed punitive measures against Russian individuals and organizations in connection with the Magnitsky case. More sanctions were imposed following Russia’s annexation of Crimea in 2014. But with its invasion of Ukraine in February, Russia became an unofficial world leader in Western sanctions.

The latest measures target individuals, banks and Russia’s central bank. Western restrictions on access to a number of foreign products, especially high-tech goods on which Russia is still highly dependent, have turned out to be some of the harshest measures. The sanctions also affected the Russian ruble and consumer access to several goods. Still, Moscow plans to lean on its allies and domestic production to withstand the pressure, though this will be a slow and very costly process.