French voters headed to the polls on Sunday, April 23, in the first round of France’s presidential election. With the rise of National Front candidate Marine Le Pen, the election raises the question of what is happening to the “left.”

We have spent a lot of time analyzing the rise of nationalist and populist politicians, but less time examining the demise of the “left.” We start off by putting this term in quotation marks because it is unclear what the left stands for anymore.

The term originally comes from the French Revolution. Members of the Third Estate—people outside of the clergy and nobility—met at a tennis court in 1789 because their regular meeting hall was closed. Those who wanted to create a democratic republic sat on the left side of the court, and this is how the term “left wing” emerged.

As liberal democratic nation-states rose across Europe, the left had to transform itself, and the growing needs of the urban working class provided the opportunity. The Industrial Revolution led to urbanization, and the left became the champion of the poor and the working class. But over the last few decades, this general definition of the left has lost its value. 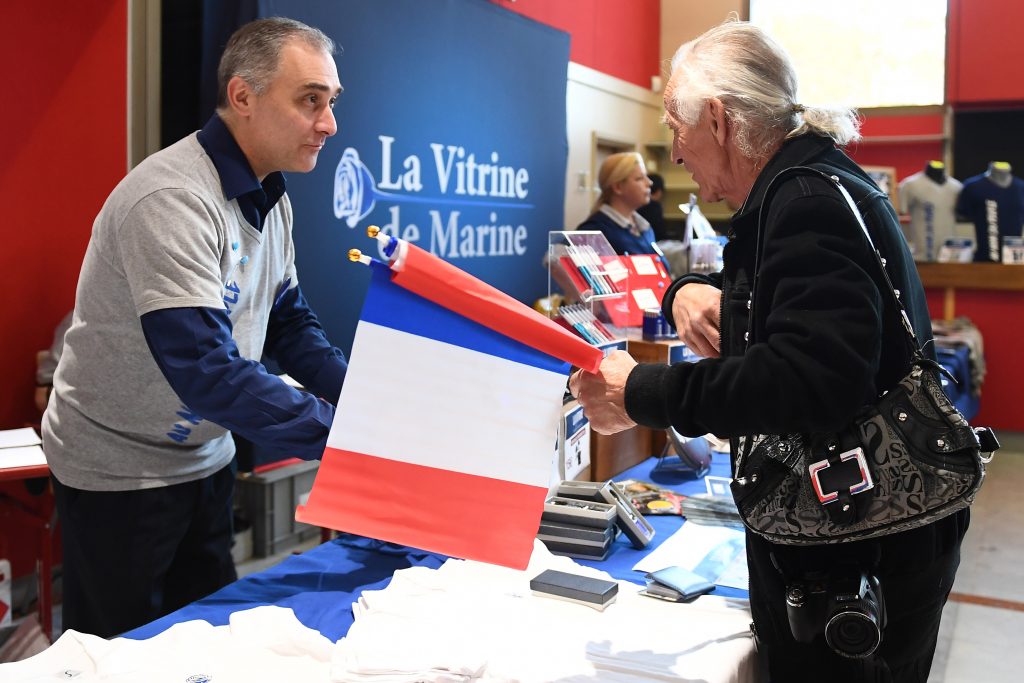 Along the way, a split developed within the left between the ideology of its elites and the needs of its rank-and-file members. We saw this play out most recently in last year’s US presidential election.

Democratic nominee Hillary Clinton was not in touch with the working and middle classes that had been the Democratic Party’s base since Franklin D. Roosevelt. Clinton was a technocrat who was paid substantial amounts to give speeches at Goldman Sachs. She was unable to hide her disdain for what she saw as the provincial views of middle-class voters who ended up supporting Donald Trump. She also failed to visit key battleground states like Wisconsin.

Clinton won the nomination because Democratic Party elites believed it was more important to elect the first female president of the US than to convince working-class Americans that the Democrats were still their party. Since Trump became president, the opposition has been fragmented at best. The strongest voice in the Democratic Party isn’t even a registered Democrat. Sen. Bernie Sanders is a socialist and registered Independent who wants to remake the US in the image of Sweden.

In the French election, of the top two candidates who can make some claim to being on the left, one is a former banker and empty suit who has never served in public office but claims the mantle of progressivism. The other is a former Trotskyite and socialist who has garnered attention by delivering speeches through holograms.

In Great Britain, the biggest challenger for Prime Minister Theresa May—who called for a snap election last week—is Jeremy Corbyn. He is a socialist who became the Labour Party leader by accident.

The US case is different from the British case, which is different from the French case. But the left in each of these examples shares one thing in common. The political leaders of the major left-wing parties became enamored by a kind of cosmopolitan and utopian messianism that emphasized internationalism over national interests. They became less concerned with representing working- and middle-class voters who were the source of their power in the first place. At best, the left’s policies did little to help these voters. At worst, some of these policies hurt working- and middle-class voters who formed the left’s electoral base.

The elites continued to romanticize the average working-class voter, but this was accompanied by practical indifference. In the US, it was Democratic presidents who signed NAFTA and pushed for the Trans-Pacific Partnership. Trade deals have pros and cons, but the working class bore the brunt of the damage these deals caused.

In the UK, it was the Conservative Party that brought Great Britain into the European Economic Community in 1973; Labour opposed it. When it came to Brexit, Labour veered in the opposite direction. Corbyn, despite having ambiguous feelings about the EU at best, came out in favor of remaining in the EU. He has also called himself “relaxed” about increased migration to the UK. But the British middle class was enraged at being lectured by Germany about refugees, and this issue led the Brexit campaign to take off. This is one example of how the left is out of touch with its old constituents.

Losing Confidence in the Establishment

The fallout from the 2008 financial crisis affected political elites on both sides of the aisle. The people who experienced the worst of 2008 came to see that establishment political figures did not care about their struggles. Technocratic expertise did little to avert the crisis and perhaps exacerbated it.

This hollowing out of confidence in establishment candidates presented an opportunity for previously fringe ideas and parties. The National Front, for example, has existed in France for decades, but it has become normalized in French politics. The party has gotten to this point by stepping into the breach created by the left’s failures. It aims to be the party of the average Frenchman and the working-class factory worker who has lost his job and has no prospects for the future.

The political parties enjoying the most success currently are those that espouse some combination of nationalism, populism, and economic protectionism. It is debatable whether policies based on these “isms” will cure the underlying disease, but that is not the point. Parties like the National Front and the UK Independence Party (which had limited electoral success but championed Brexit from the start), as well as leaders like Trump, have clearly defined their ideology, their constituents, and the policies they think will benefit the working and middle classes.

The old parties of the left have failed to grasp that this ideology appeals to their constituents as well. The average working- or middle-class worker in Europe may not necessarily be hostile to the European Union, but that worker also is not passionately dedicated to the European project, especially when the economic benefits are unclear at best.

The result is that the left’s proposals are unconvincing for working- and middle-class voters. The far-left candidate in France, Jean-Luc Mélenchon, has a résumé that makes him as ideologically opposed to capitalism as one can get. But when you scrutinize his economic policies, they are not so different from Le Pen’s. He wants to boost public spending and is willing to lead France out of the EU if France cannot secure better terms with the bloc.

In the UK, Labour has been trying to transform Corbyn into a firebrand left-wing populist, but it has had limited success. YouGov polls show that the Conservatives’ support is around 50%.

In the US, the Democrats continue to split their time between alleging Russia threw the election in Trump’s favor and raging at the injustice of his victory. They are still behaving as the party of “Not Trump” rather than trying to regain their position as the party of the working class.

Searching for a Champion

The only voices being clearly heard now are those of Le Pen, Trump, and others who advocate similar policies. The other voices are a cacophony, unsure of the best course of action. Some are unwilling to compromise on moral issues like internationalism and accepting refugees, in part because they are not the ones who experience the negative effects of maintaining a moral high ground on these issues. The voices on the left that have emerged most clearly advocate much the same as the populists but prefer to worship at the altar of Marx instead of the nation.

The middle and working classes are desperately searching for a champion. The problem for the left is that it has forgotten how to fight. The liberal elites are ashamed of nationalism but offer no alternative. So on and on they continue spinning, searching in vain for the supporters they lost. But those supporters have already given up and are begrudgingly casting their lots with the only real game in town.