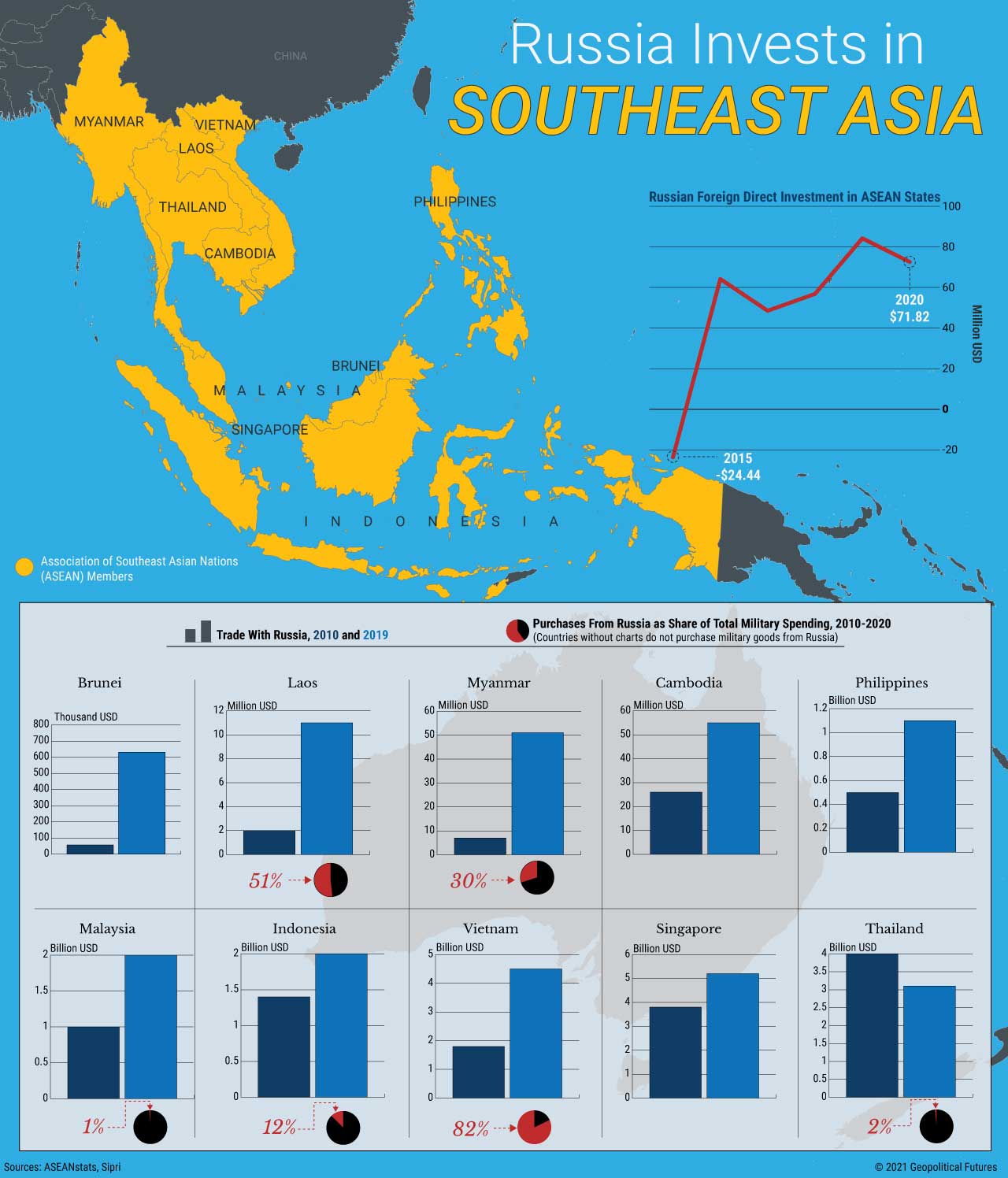 This week, Russia’s foreign minister met with the secretary-general of the Association of Southeast Asian Nations to discuss relations between Moscow and the group’s members. Since 1996, Russia has been a so-called dialogue partner of ASEAN, but over the past few years, their relationship has gained momentum.

Their ties initially developed as a result of changing geopolitical dynamics. After the collapse of the Soviet Union, the ASEAN countries saw Russia as less of a threat, in large part because Moscow was less focused on expanding its influence to all corners of the globe after the end of the Cold War. Relations between Russia and Southeast Asian nations have strengthened over the past few decades, especially on economic matters. This was and still is a mutually beneficial relationship; Southeast Asian countries benefit from their military-technical cooperation with Russia, while Moscow gets access to promising trade partners in Asia, as well as formal recognition of its position as an international player. For Moscow, these relationships will become only more important in the future. As it struggles to cope with U.S. and European sanctions, intensifying its ties with Asia is one of the ways it can remain relevant and bolster its global standing.