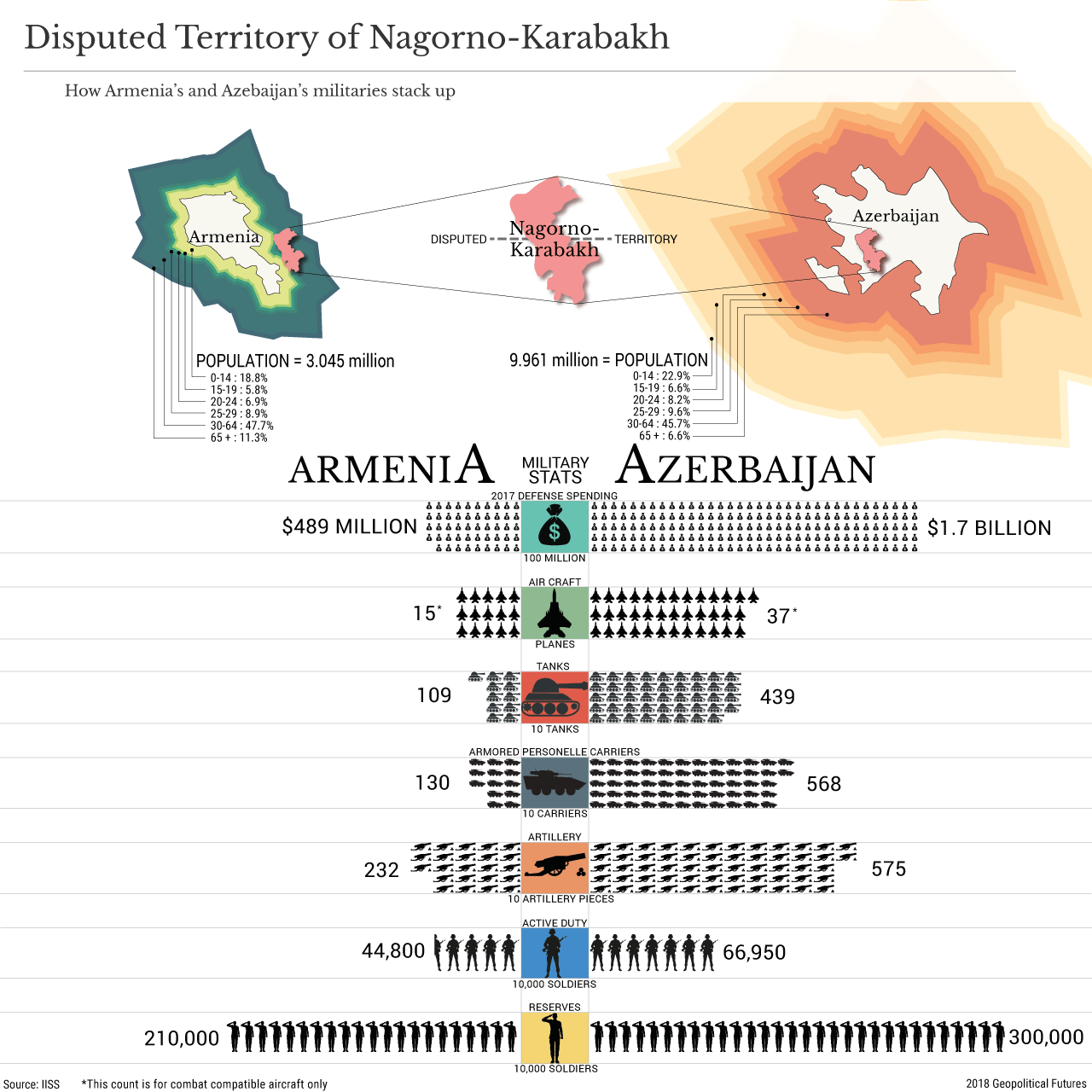 Azerbaijan and Armenia both lay claim to the territory of Nagorno-Karabakh. This disputed region is located entirely inside Azerbaijan – indeed, it is internationally recognized as Azerbaijani – but the government in Baku hasn’t exercised political authority over it in decades. That honor falls to the ethnic Armenians who populate it. In fact, Nagorno-Karabakh had been a semi-autonomous Armenian enclave ever since the Bolsheviks came to power in Russia. After the dissolution of the Soviet Union, of which Azerbaijan was a part, the ethnic Armenians living in Nagorno-Karabakh, backed by Armenia itself, fought a war with Azerbaijan to keep the territory. A truce was brokered in 1994, and though negotiations over its official resolution have continued ever since, they have been entirely unsuccessful.

Minor skirmishes there erupt every so often – the bloodiest of which occurred in 2016 – but they have never escalated to all-out war. Partly that’s because war would be detrimental to Russia. Its interests are too many in the Caucasus to allow Turkey or Iran to gain a foothold there – something they would surely do if they backed Armenia in a conflict. Still, if Nagorno-Karabakh ever is a cause for war, then Azerbaijan, whose military dwarfs Armenia’s, would have the upper hand.

In Yemen, Historical Roots of a Modern Civil War