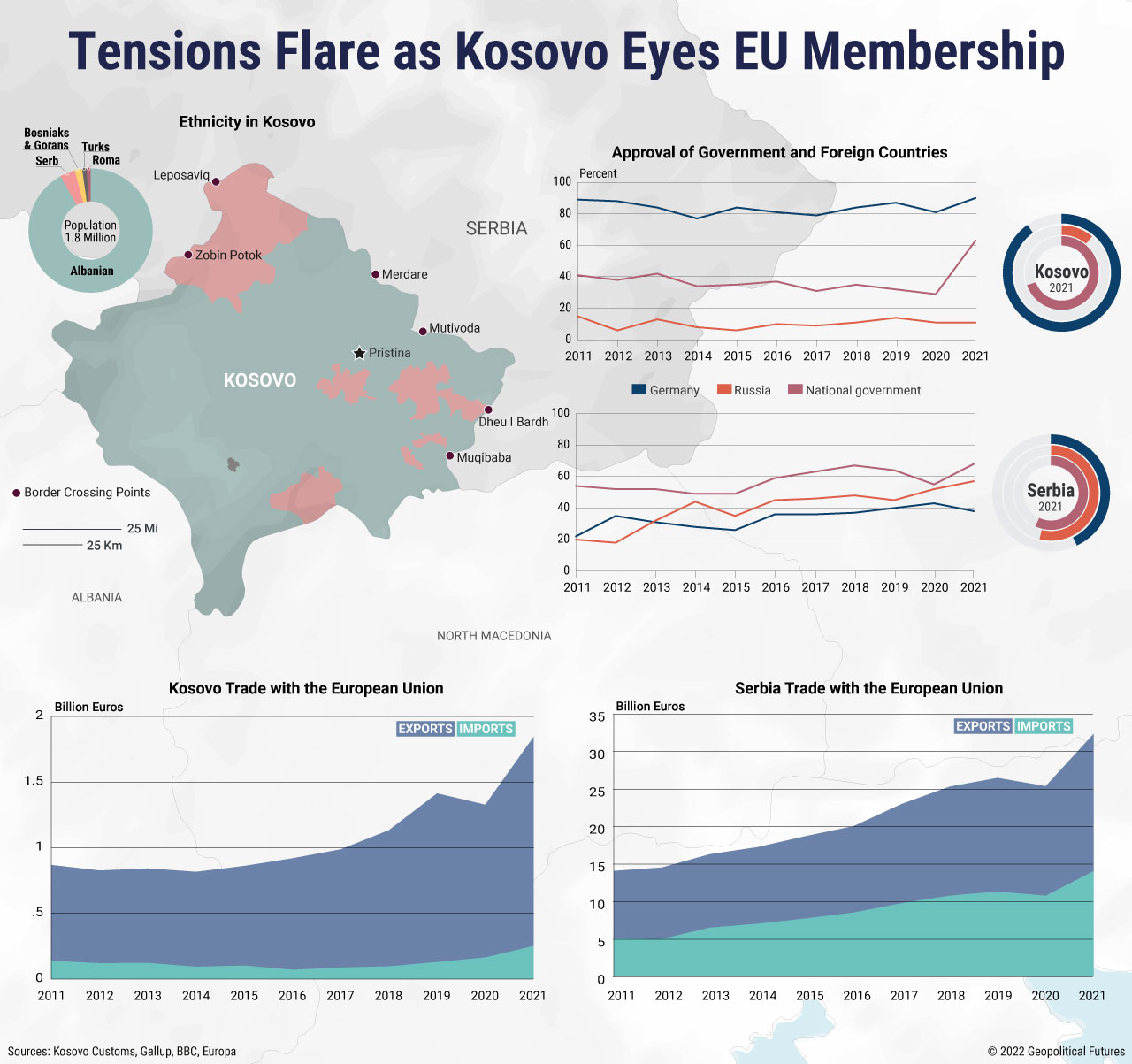 The Merdare border crossing between Serbia and Kosovo reopened after Serbian President Aleksandar Vucic called on ethnic Serbs in northern Kosovo to remove barricades. The standoff was brewing for months, related to administrative changes, the mass resignation of Serb officials from Kosovo institutions and Kosovo’s arrest of a Serb ex-police officer.

Russia’s invasion of Ukraine further complicated the situation. Since the invasion, Belgrade has backed U.N. resolutions condemning Russia’s actions but refused to sign up to European sanctions on Moscow. Serbia and Russia have also accused the West of hypocrisy and compared the Russia-Ukraine war with the Balkan wars in the 1990s. Meanwhile, Kosovo sees the war as an opportunity to move closer to Western institutions like the European Union and win support for Kosovo’s statehood.

But not everything is settled. Unknown assailants burned two trucks forming a barricade in the northern Kosovo town of Zvecan on Wednesday night. Should violence occur, it could undo any progress toward Belgrade-Pristina normalization.

Daily Memo: Preparing for Trade After the Lockdown