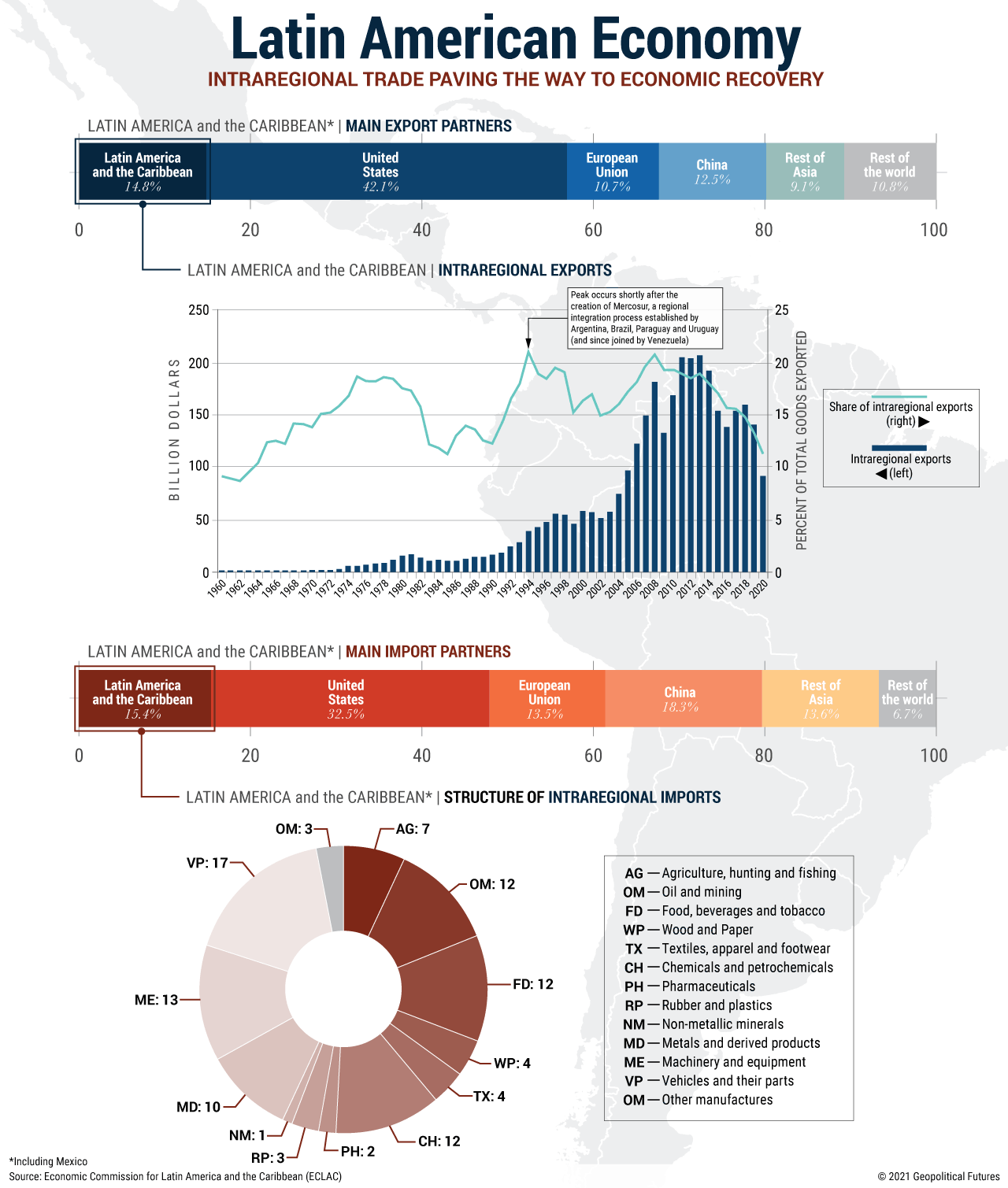 Latin American economies, like most economies of the world, will struggle to recover from the economic blow of 2020. Even before the pandemic, the region was characterized by inequality, poverty and a lack of sufficient employment. Unlike northern counterparts, most of these governments have inadequate funds for stimulus and benefits, which points toward another lost decade and a slow, difficult economic recovery.

In general, the region serves as a hub for the export of low-value raw materials to external markets that benefit from those materials’ further manufacturing or development. This is reinforced by the fact that China and the U.S. dominate Latin America’s foreign trade. Intraregional destinations rank third in imports, behind the United States and China, and second, behind the United States, in exports. At present, the region’s value chains are limited and trade systems are oriented toward extra-regional consumers. Together, these factors have dampened regional growth.

According to a recent report by the Community of Latin American and Caribbean States, efforts to increase intraregional trade could alleviate some of these problems over time. Intraregional trade in Latin America is a necessary condition for overall economic growth, as it helps reduce the region’s excessive dependence on foreign markets for both exports and imports. Intraregional trade also helps diversify exports, encourages the removal of barriers to capital flows, and incentivizes infrastructure projects that would help reduce transportation time and cost. The caveat for all of this is that it must be accompanied by policy changes, which is much easier said than done.

Latin America in a Time of Transition 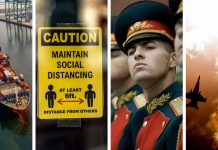