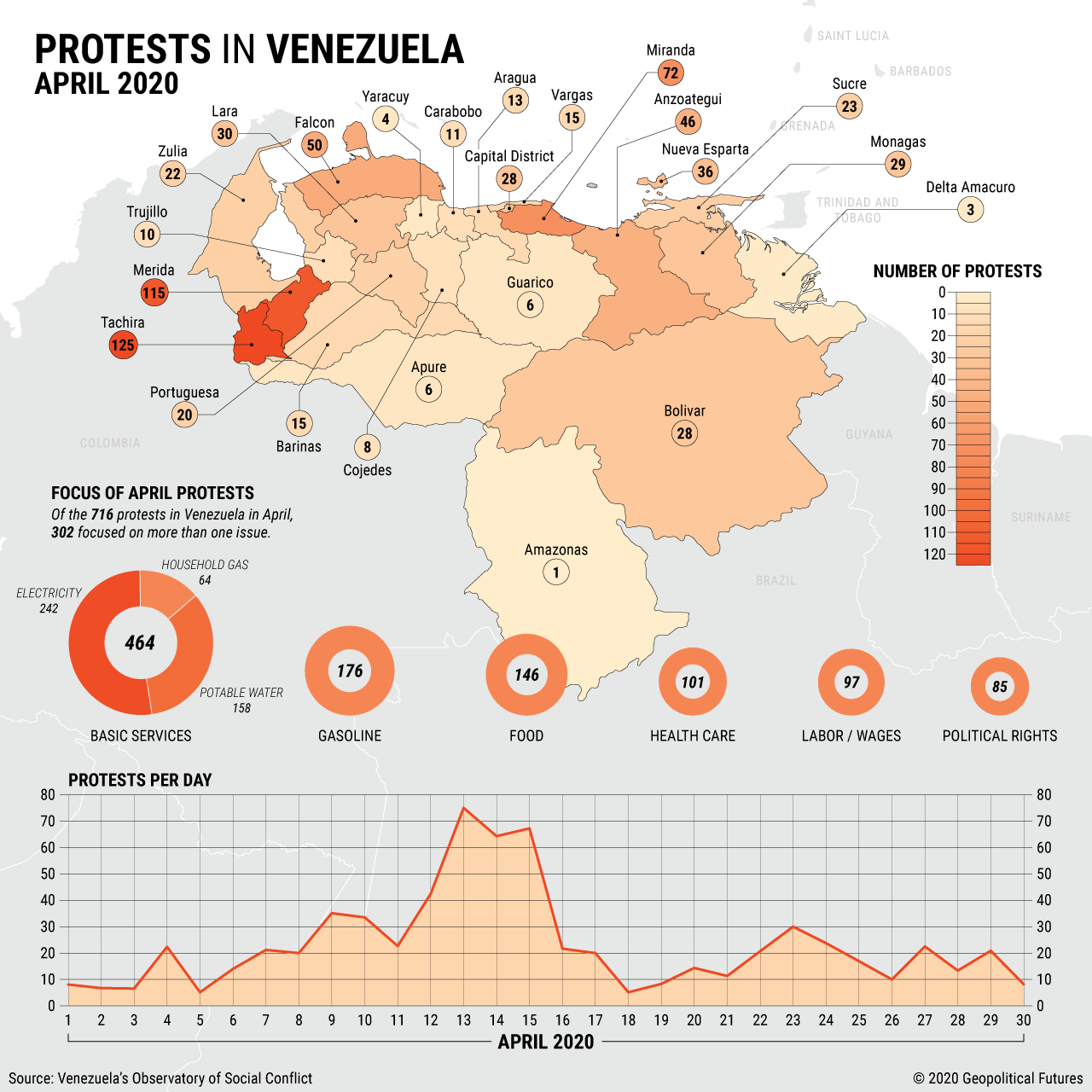 Venezuela spent the entire month of April under quarantine. The measure was meant to help Venezuelans stay healthy and reduce the number of coronavirus infections, but it’s actually had some negative side-effects for the population. Most Venezuelans can’t afford food without going to work, nor can they access basic goods if they’re unable to leave their homes. They also rely on basic services like electricity for refrigeration to store food supplies. But some Venezuelans haven’t been able to access food for a number of reasons ranging from supply shortages to high prices to distribution systems that punish those who don’t support the government. Many rely on the black market for food and medical supplies, but access to these markets has been limited by security measures that have restricted people to their homes. There have also been isolated reports of looting.

Meanwhile, some have accused the government of using the quarantine to tighten its grip on the population and limit people’s ability to protest. Some 716 protests were held in Venezuela in April compared to 1,963 protests a year ago. The reduced number of demonstrations is not the result of improving approval ratings for the Maduro regime but rather the tightened security measures. (Health concerns may also be a factor.) Nearly 90 percent of all April protests focused on socio-economic and environmental issues, not political ones, indicating that many Venezuelans are concerned not about political causes but about their very survival.

Daily Memo: Election Results in Ukraine and Turkey, Shifts in US...