In our 2019 Annual Forecast, we said we expected Uzbekistan to challenge Kazakhstan as the dominant power in Central Asia. The COVID-19 pandemic delayed any progress toward that end, but now that the world seems to be getting past the worst of it, and especially now that Afghanistan is destabilizing again as the U.S. withdraws, the environment seems ripe for Uzbekistan to make a move.

The country already has some things working in its favor. What it lacks in size, wealth, and economic and infrastructure development, it more than makes up for in geographical advantage. Its location gives it a shared border with every country in the region and thus better access to South Asia, Afghanistan and China – no small thing in a region predisposed to division. This grants the government in Tashkent the opportunity to cooperate on any number of issues with any number of countries. And though it is landlocked, it has always been a waypoint for roads connecting China to Europe, making it a trade, transport and energy hub between markets. (China’s continued growth will only help revitalize these routes.) Uzbekistan is also rich in resources, including minerals, raw materials and arable lands. 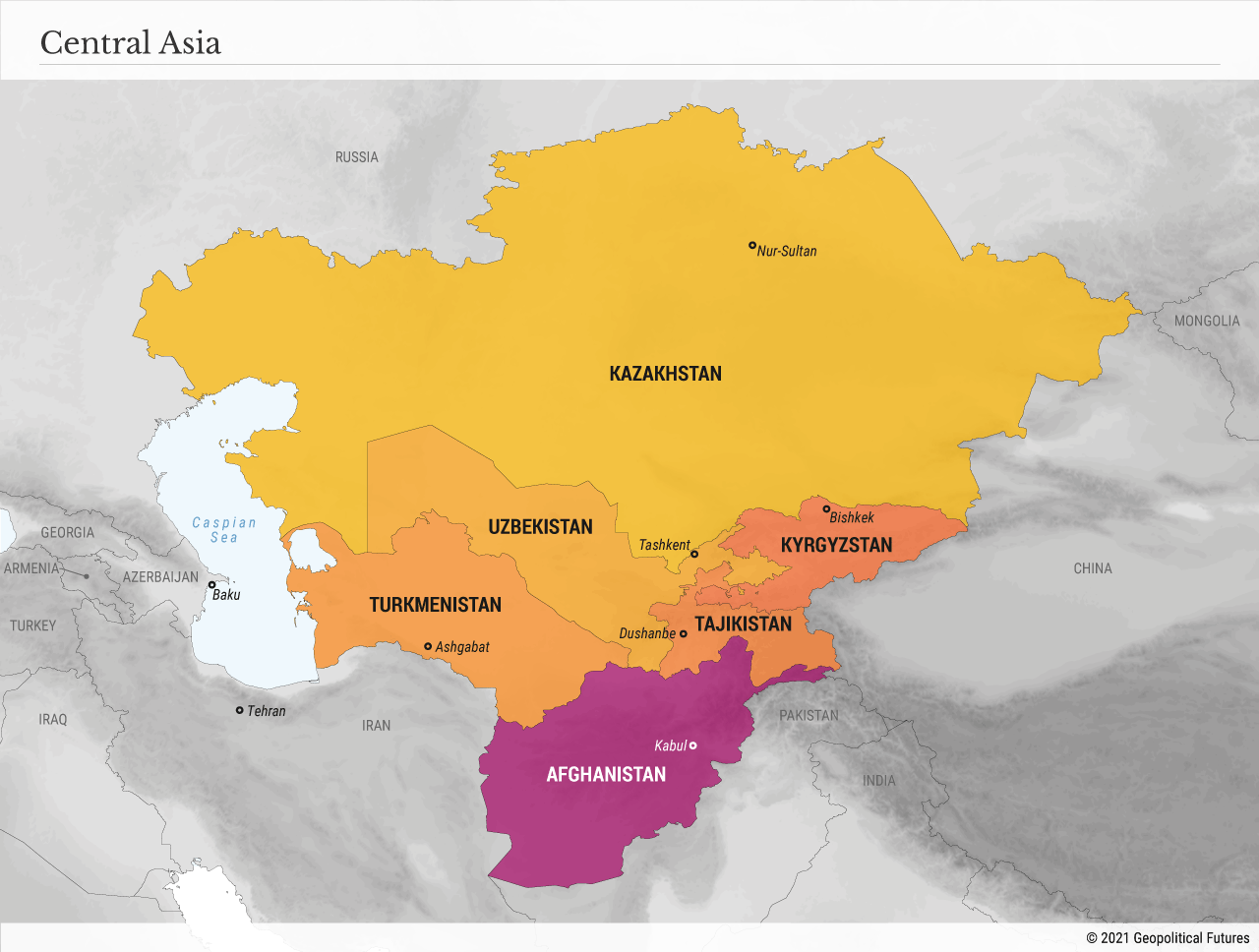 Most important, most of the Fergana Valley lies within its borders. Roughly 25 percent of the region’s entire population lives in this valley, making Uzbekistan the most populous Central Asian state. Related, it also has the region’s largest army and plenty of hardware it intends to modernize. It is also, notably, neutral. Unlike Kazakhstan, it is not a member of the Russia-led Eurasian Economic Union or the Collective Security Treaty Organization, so it has more autonomy over its economic and security affairs. 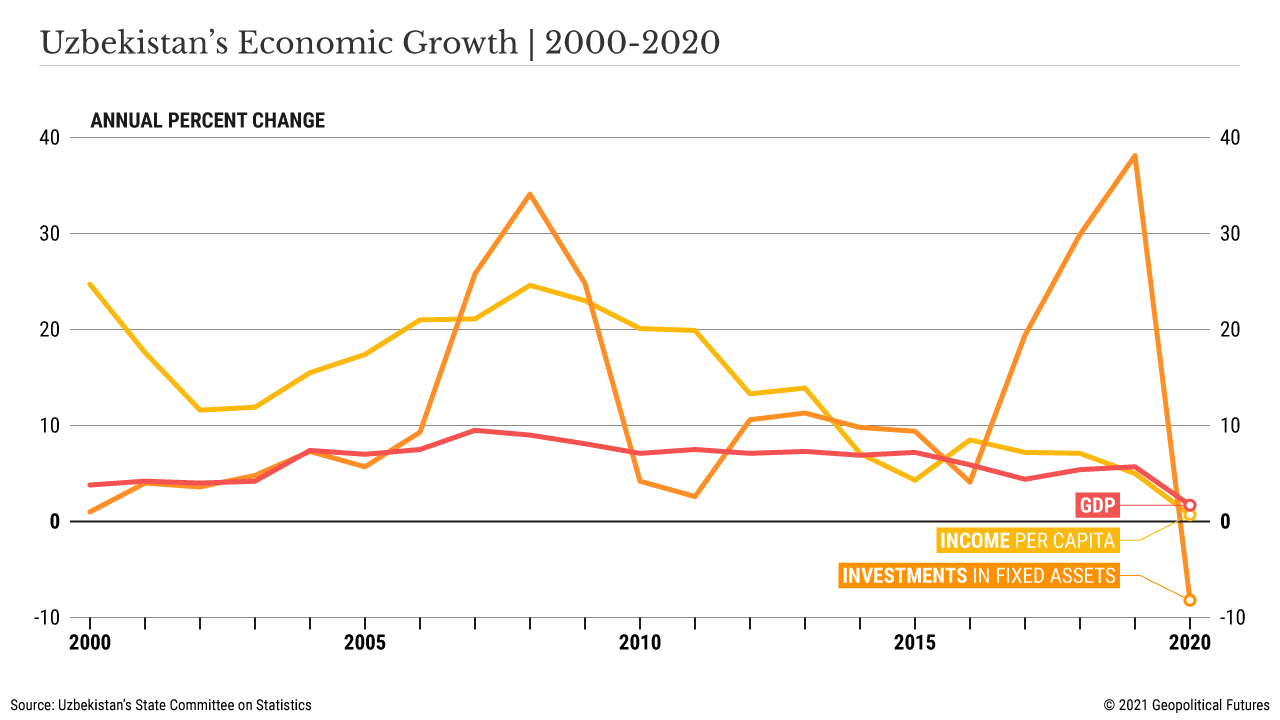 This autonomy has been more pronounced in recent years under President Shavkat Mirziyoyev, who has opened up the country more and has diversified its foreign policy. For example, from 2016 to 2020 Uzbekistan’s trade turnover with its neighbors increased by more than 50 percent as exports to third-party countries and investment grew.

Uzbekistan’s proximity to Afghanistan could work against Tashkent in the event violence, drug trafficking or other issues spill over the border. The Taliban, having recently launched a new offensive, say they now control some 90 percent of the Afghan border. But this actually creates opportunities for Uzbekistan. Tashkent can use its position and its potential for cooperating with others to help resolve the conflict. In fact, already it is negotiating with all sides, including in a new four-way framework with the U.S., Pakistan and Afghanistan to support the peace process. It will, meanwhile, take part in military exercises with Russia and host a high-level conference to discuss Central Asia-South Asia relations. In other words, it is positioning itself to be in good standing, if not essential, with whoever takes control of Afghanistan as well as the foreign powers with an interest there.

Of course, Uzbekistan’s participation in the Afghan conflict isn’t new. Its interests are fairly well established. A stable Afghanistan will mean peace in Uzbekistan itself, since there will be less of a chance that extremism will spread to cells there. And although Uzbekistan is fairly well protected by an almost 144 kilometer-long (90 mile-long) barrier, which Uzbekistan built in 2001 and which is patrolled by the well-armed Uzbek military, Uzbekistan has no desire to conduct any military operations on foreign soil.

More, Uzbekistan has an economic interest in Afghanistan, which it sees as a potential transport hub between South Asia and Central Asia. Uzbekistan doesn’t have direct access to the sea, so it is always looking for new market connections. (For example, it’s participating in the construction of a railway through Pakistan that would terminate at the Indian Ocean.) Uzbekistan and Afghanistan have dozens of projects on bilateral economic and transport matters. The Afghan market is particularly appealing as a destination for electricity exports. Afghanistan is implementing a project with Uzbekistan to build a 200 kilometer-long Surkhan-Puli-Khumri transmission line worth $110 million. The line will increase electricity exports from Uzbekistan to Afghanistan by 70 percent to 6 billion kilowatt-hours annually. 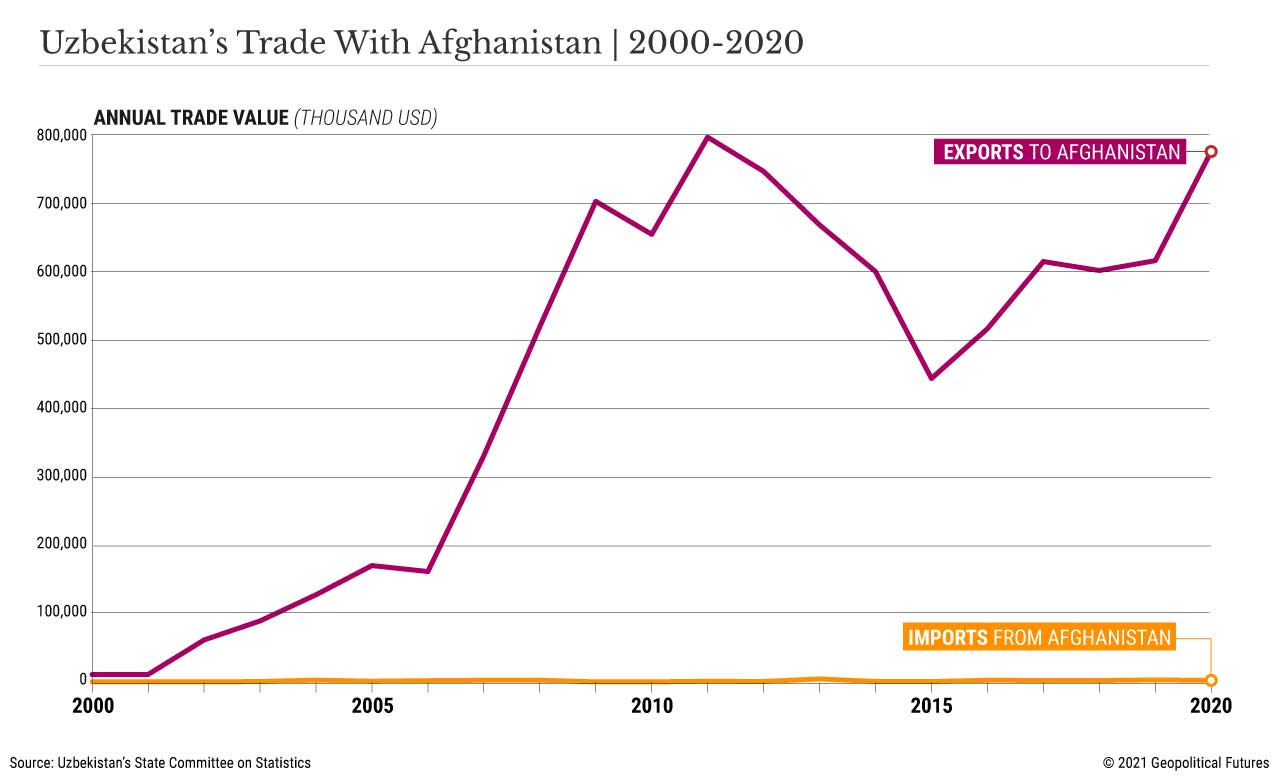 Uzbekistan understands that now is an ideal moment to capitalize on its competitive advantages, so it is already proposing a number of initiatives for Central and South Asia, including a multilateral agreement on economic cooperation between the countries of the region, accelerating the construction of the Termez-Mazar-i-Sharif-Kabul-Peshawar railway, cooperating in the development of digitalization, tourism, the fight against drugs and terrorism, and so on. The problem is that Uzbekistan can’t escape the challenges of the region: inconsistent collective security, proximity to violent conflict, ethnic disputes, uneven economic development and resource allocation, limited water resources and environmental problems. The government in Tashkent will therefore act slowly and cautiously, mostly so that it doesn’t arouse the suspicion of the more powerful Kazakhstan or its backers, China and Russia. The first step toward competing for regional supremacy has been taken, but the road is long.

Chances for Russia’s Outreach to the Middle East