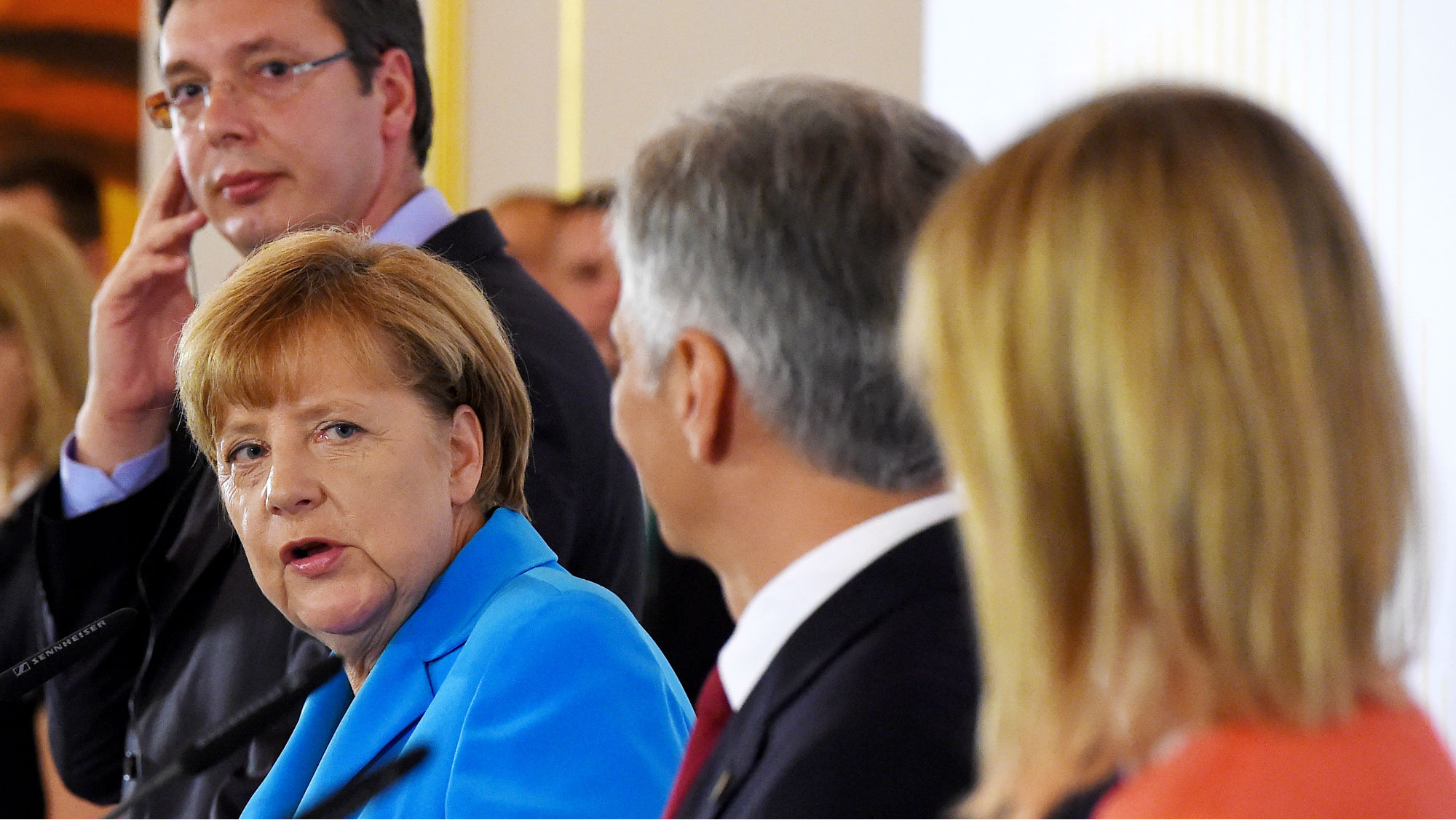 Germany’s foreign intelligence agency is increasingly turning its attention to the Balkans, according to a report by German newspaper Berliner Zeitung. The agency, the BND, has not confirmed the story, but the media rarely report on the BND’s work. That they did in this case could indicate that the agency wants the public to know where its focus lies. Either way, the report is consistent with Germany’s broader foreign policy, which has increasingly focused on the Balkans in recent years. Germany is among the top three export destinations for Serbia, Croatia, Bosnia-Herzegovina, Montenegro, Macedonia, Albania and Kosovo and is one of the top European investors in the region, making Berlin the most important EU partner for the Balkan states.

Over the past few years, Germany has strengthened its relationship with Serbia in particular, although Croatia has historically had the closer ties to Berlin. Germany’s improving relations with Serbia are partly due to the economic links between the two countries. Germany is the second-largest importer of Serbian exports and among the top five investors in Serbia. Serbians themselves recognize the benefits of stronger ties with Berlin. A survey released on Nov. 15 indicated that a third of Serbians think German companies are the most desirable investors, offering good salaries and opportunities for career advancement.

Germany has taken the lead within the EU on relations with the Balkans states. In 2008, when the financial crisis exposed social and political cracks in the union, hopes started to fade of the Balkan states ever joining the bloc. As less EU funding became available to these states, modernization and reform efforts also diminished. Russia was another important source of external funding for the region, but with the onset of the Ukraine crisis, as well Moscow’s own financial problems, it became clear to the Balkan states that they couldn’t depend on Russia for financial support. They thus turned to the EU – and this meant turning to Germany, the de facto leader of the EU. 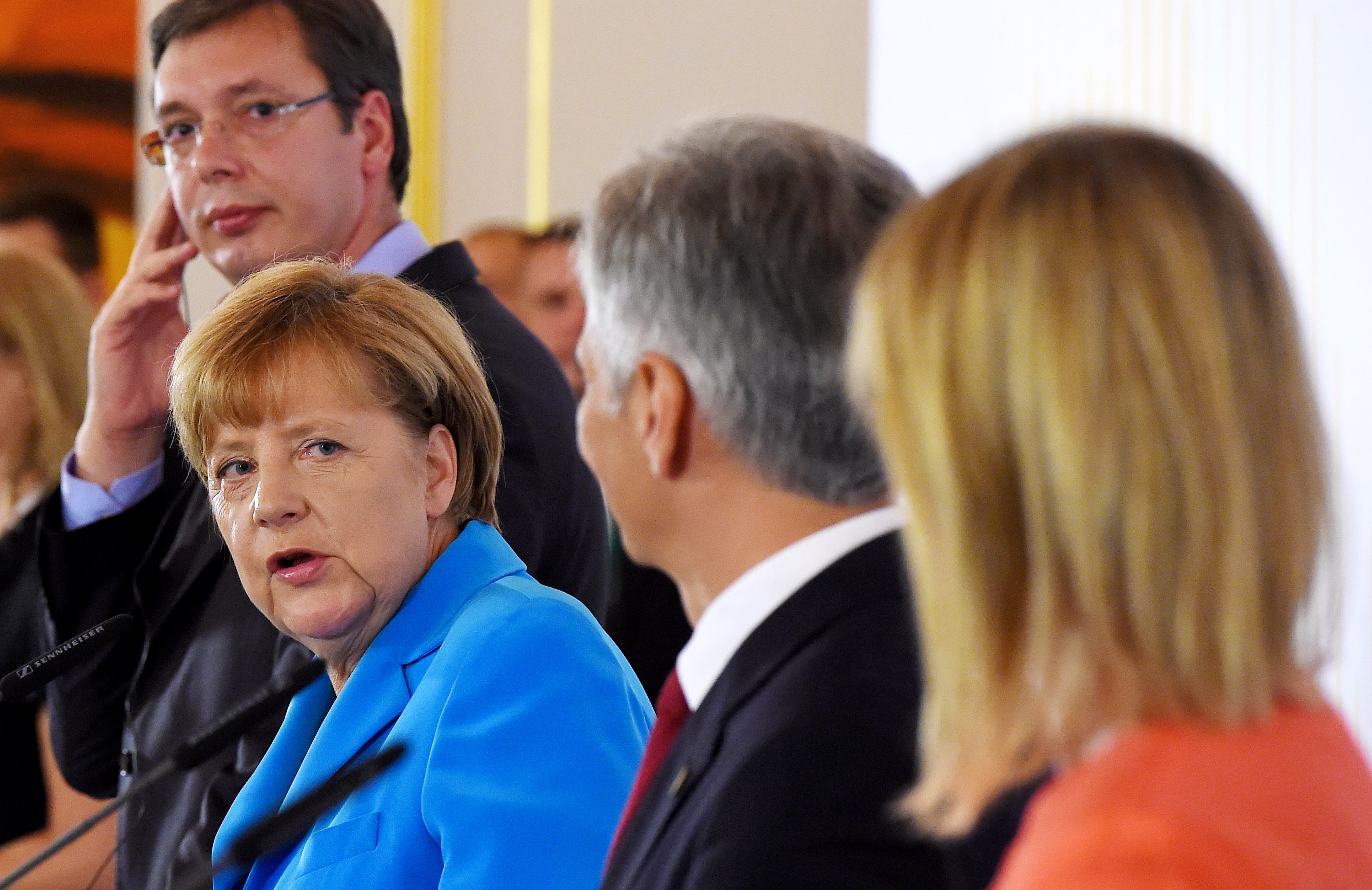 At the time, Germany couldn’t afford another crisis in Europe and thus wanted to maintain some degree of control and stability in the Balkans, often a source of volatility on the Continent. Berlin was already involved in negotiations over Ukraine and had to deal with the eurozone’s banking crisis, which threatened Germany’s own economic stability. It therefore had to take the lead on the EU’s policy toward the Balkans and help the region avoid economic problems that could destabilize these countries and pose a security threat throughout Europe.

In August 2014, Germany established the so-called Berlin Process, a diplomatic initiative to strengthen ties between the Balkan states and the EU. Through this initiative, Germany has made it clear that it sees Serbia as the most important state in the region because of its strategic location. It has put a lot of effort into not only supporting Serbia’s relations with Brussels but also facilitating dialogue between Serbia and Kosovo. In 2017, Germany announced that it would expand the Berlin Process into the Berlin Process Plus, which should increase funding for the region from European countries interested in infrastructure and development projects. Among the planned projects is a highway linking Serbia with Bosnia-Herzegovina and another linking Belgrade to Tirana, Albania, via Pristina, Kosovo.

Germany’s interest in the Balkans and in Serbia has grown since 2015, when the migration crisis hit Europe. The main route for migrants trying to reach Germany was through the Balkans. The northern part of Serbia is flat and especially easy to traverse, making the country a particular concern. In fact, Germany views the Balkan states as a critical component of its security, and it is partly for this reason that Berlin has been an outspoken supporter of their accession into the EU. European Commission President Jean-Claude Juncker said in September that Montenegro and Serbia could join the EU by 2025 – a statement likely influenced by Germany. Germany recognizes that there are obstacles to making that happen, but keeping the Balkan states’ EU hopes alive will encourage them to adopt a more pro-Western, pro-modernization stance.

Interestingly, the report on the BND’s focus on the Balkans was published the same day that German Chancellor Angela Merkel attended an EU-Africa summit focused on migration. The German government’s handling of the migration crisis has increased public support for Germany’s far right. Mainstream parties, including Merkel’s, lost seats to the nationalist Alternative for Germany party in elections in September, and the chancellor has been under pressure to prevent another influx of migrants. Working with non-EU states, such as those in the Balkans, can help block the route to Western Europe and stop another crisis from emerging. The report on the BND may be a signal to the German electorate that Merkel is serious about controlling migration, a key part of which is keeping an eye on the Balkans.

There is another dimension to Germany’s interest in the region. The concept of the Intermarium, an alliance involving countries from the Baltic Sea to the Black Sea, has been building, and the group’s members in Eastern Europe discussed expanding southwest to the Adriatic Sea by including Austria, Croatia and Slovenia. But adding Croatia and Slovenia to this larger alliance, referred to as the Three Seas Initiative, might anger Serbia, which would be left surrounded by members of a group from which it has been excluded.

Germany understands this very well. By maintaining a close relationship with Serbia, Berlin may be sending a message to the Intermarium’s Eastern European members as well as to the United States, which has supported the alliance, that it is still a powerful European nation and has an interest in Eastern Europe’s future. In a world where the EU and NATO are weakening, Germany needs to act independently to secure its own interests.