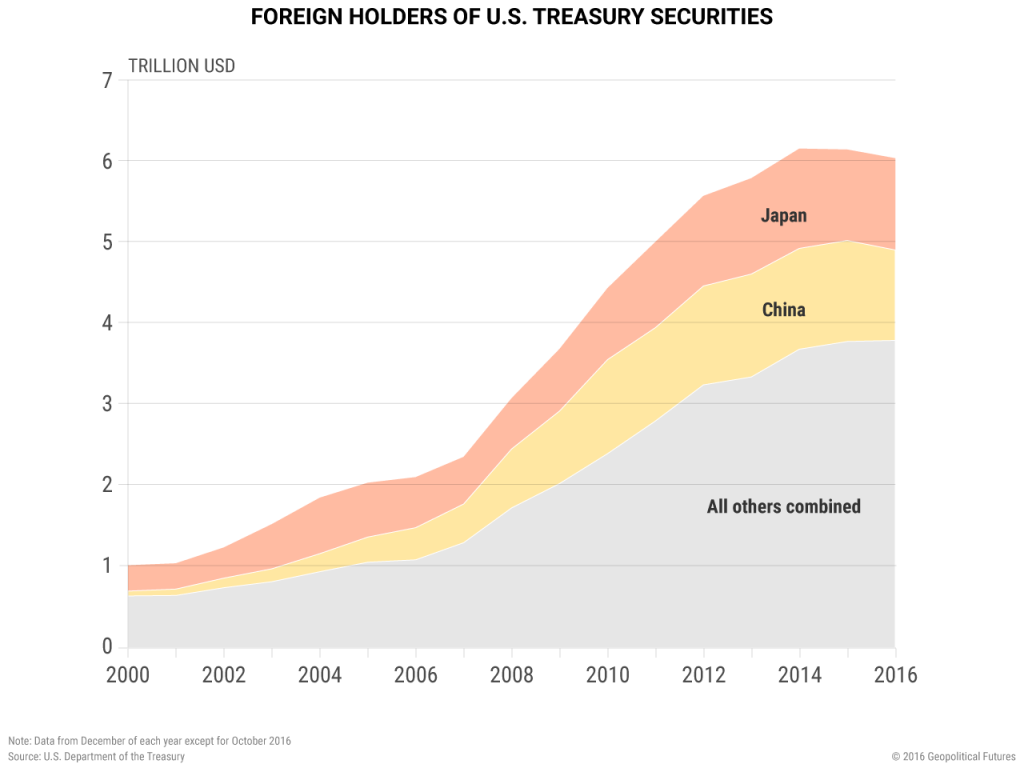 There are two key things to note here. First, China holds about 12.8 percent of total outstanding U.S. government debt. Second, Japan, rather than China, is the largest foreign holder of U.S. government debt. Although China was the largest holder of U.S. Treasury securities from September 2008 through October 2016, Japan had previously been the dominant holder – a distinction it held as far back as 2000. To learn more about how China’s holding of U.S. debt exemplifies the Chinese economy’s dependence on the U.S. rather than being a source of leverage, read our latest Deep Dive, “Fact or Fiction: Is China’s Holding of US Debt a Source of Leverage?”