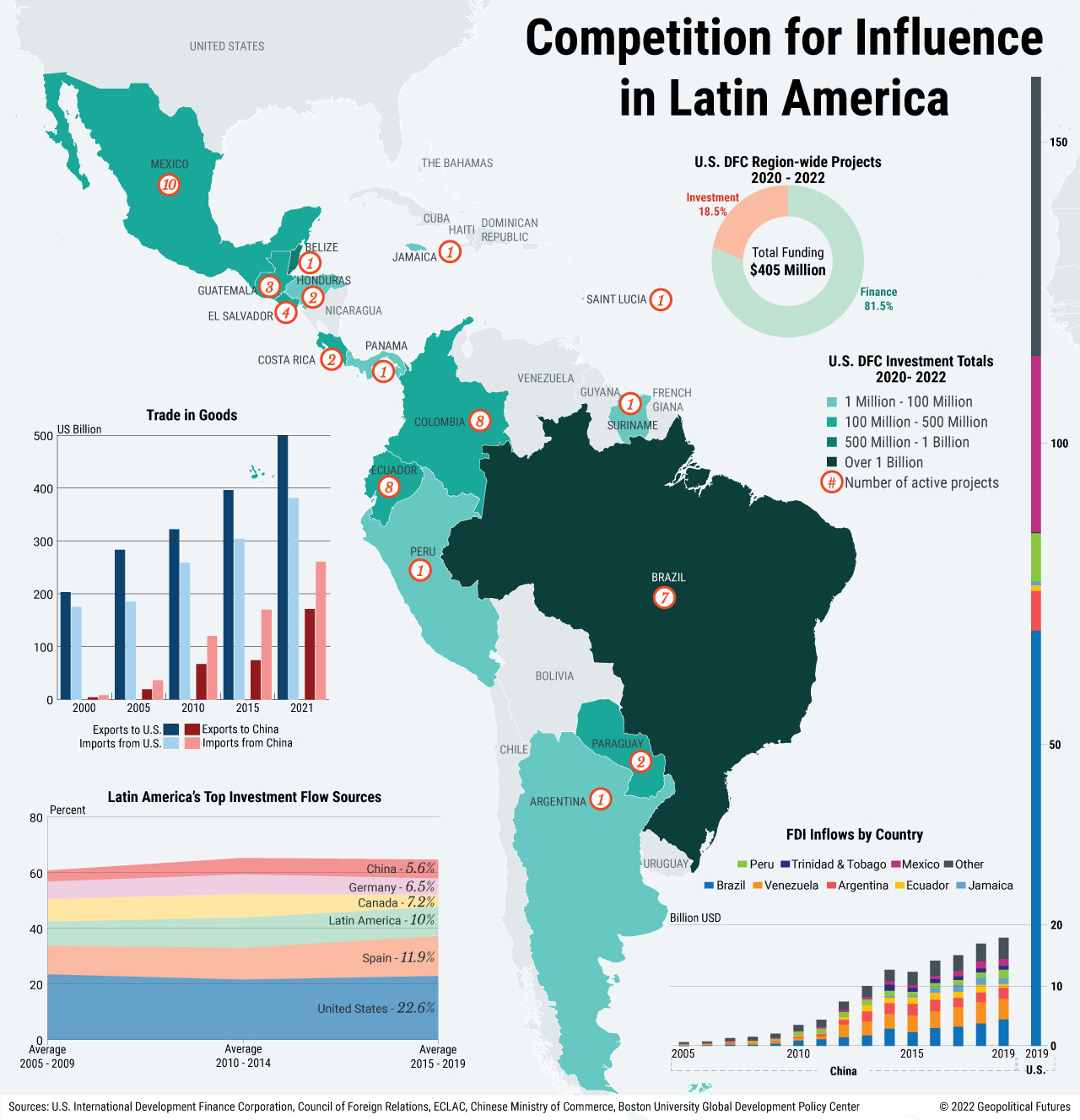 In recent years, the U.S. has leaned more heavily on using economic engagement and economic warfare to exert influence over other countries. In Latin America, Washington’s marquee policies in that regard are the Cuba embargo and the running sanctions on Venezuela. But it also pursues a lower-profile, parallel strategy in the Western Hemisphere. Through the International Development Finance Corporation, the U.S. provides direct funding for various development projects and assurances to private U.S. businesses Washington would like to have more involved in the region. The primary purpose in this region is to foster the growth of small and medium-sized enterprises, as well as local-level infrastructure work.


Though the U.S. is Latin America’s largest trade partner writ large, there are countries in which China has an edge. These include Brazil, Peru and Chile, where China has bought up soy, copper and ore. U.S. trade with top partners such as Colombia, Ecuador and Mexico consists more of manufactured goods, and while U.S. foreign direct investment into the region still surpasses China’s. It’s notable, however, that China used financing and loans to exert its influence in Latin America for much of the 21st century but in the past few years has started to focus more on mergers and acquisitions instead.

George Friedman on The John Batchelor Show: Warsaw’s Position in the...