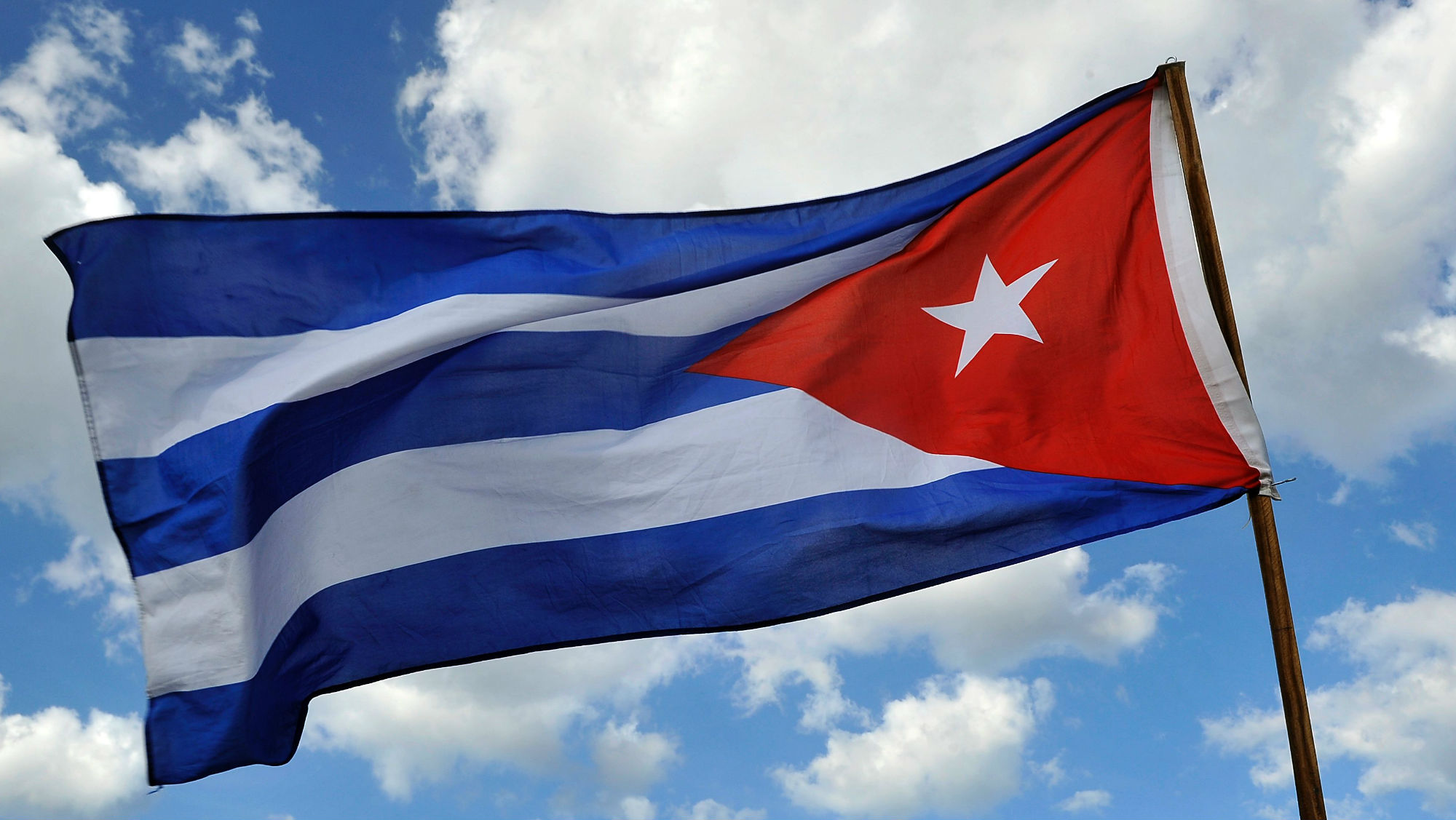 The United States’ animosity toward Cuba seems a matter of course. So, it came as no surprise when Congress passed legislation this week that allows U.S. companies to sue Cuban entities. Over the past 125 years, however, the U.S. and Cuba have shifted from close allies to sworn enemies. Washington has provided military support to independence movements and invested in Cuba’s development. It has also backed dictators, blocked missiles, executed covert operations and imposed sanctions on the island. As global power dynamics have shifted, so too have Cuba’s importance and its relationship with Washington – illustrating that while a country’s geography is constant, its role in the geopolitical system evolves over time.

Cuba is the largest island in the Caribbean and lays at the confluence of the Atlantic Ocean, the Gulf of Mexico and the Caribbean Sea. Spain, recognizing the island’s geopolitical importance, colonized Cuba and brought it into the global system in the 16th century – a time when European powers were competing in a massive land grab in the Western Hemisphere. The Spaniards built the island into a regional logistics and military hub; it was well-positioned to resupply ships after the long Atlantic crossing, launch voyages to other colonial holdings in the hemisphere and enable Spain to protect its holdings from other European states. By the 19th century, Spain’s power in the New World began to dwindle, but Cuba’s importance did not. 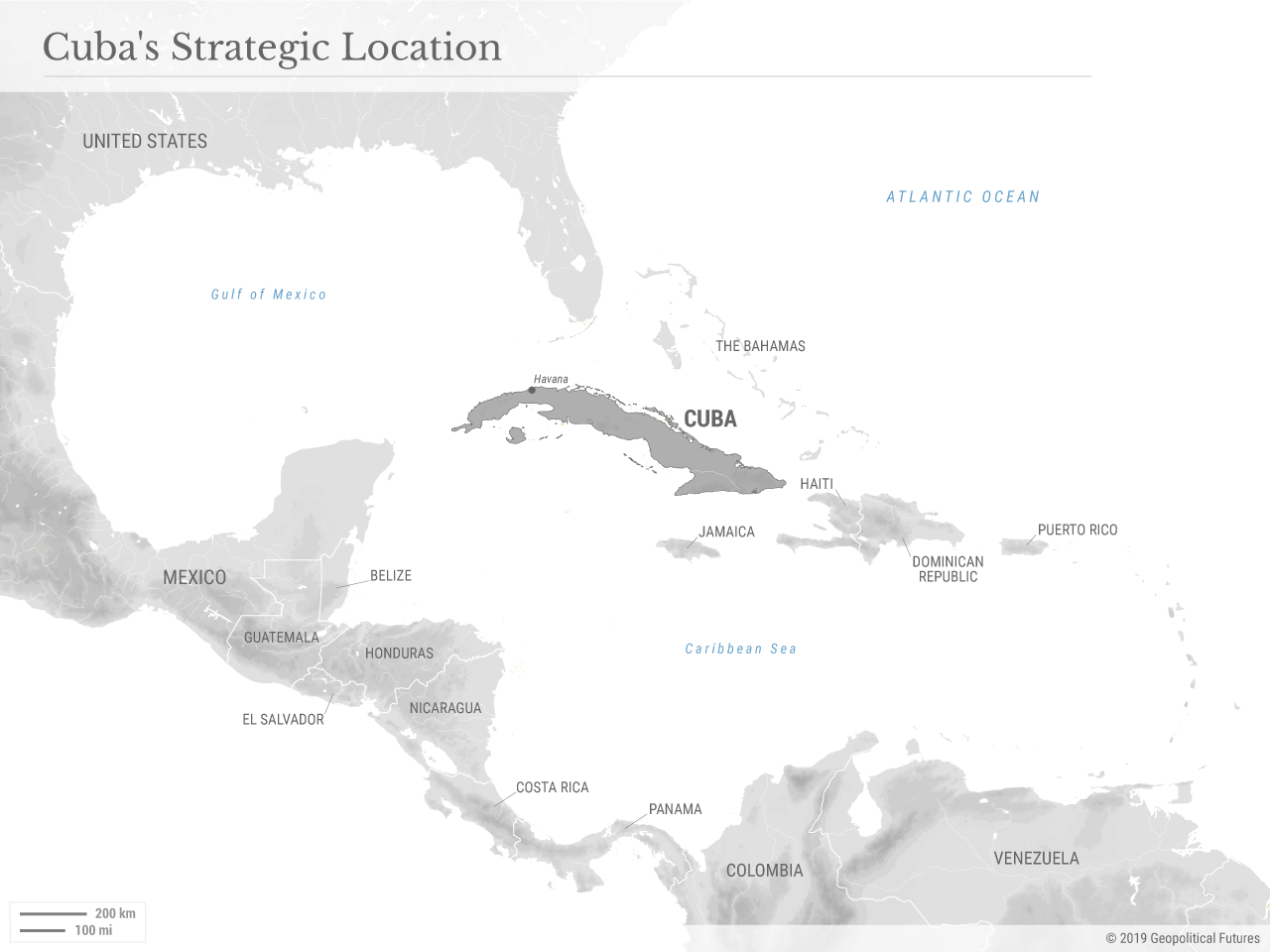 In the late 19th and early 20th centuries, Cuba played a critical role in the United States’ emergence as a regional power. The U.S., triumphant in the Mexican-American War, had expanded westward, showing great potential to become the dominant regional power. But shortly thereafter, the U.S. descended into civil war and a period of reconstruction, both of which drained the young country’s resources and attention, forcing it to turn inward. When it managed to emerge intact, the U.S. set its sights on regional expansion. With a territory that stretched coast to coast, this meant turning to the seas.

The United States was operating on the notion that if it controlled the oceans it could harness regional and potentially global power. Controlling Cuba was a key part of this strategy. The U.S needed to expel foreign powers (particularly Spain) from its environs, form a security belt through its southern waters and open an east-west maritime corridor in the Caribbean. A base in Cuba, which lies about 100 miles (160 kilometers) south of Florida, would help the U.S. defend its coastal waters, safeguarding access to the Atlantic for its Gulf of Mexico ports. Cuba would also serve as a foothold from which the U.S. could establish a defensive perimeter and expand farther. To this end, the U.S. military intervened in 1898 to support the Cuban fight for independence from Spain in what would become known as the Spanish-American War. The Cubans – and their American backers – prevailed and Cuba, along with Puerto Rico, became a de facto U.S. territory. The U.S. had its foothold, and its status as the dominant North American power was secured.

With the onset of the two world wars, Cuba’s prominence in regional geopolitics subsided. As of the early 1900s, European powers were no longer pursuing territorial claims in the Western Hemisphere. Instead, the major threats to U.S. interests, the great wars, were in Europe itself. U.S. resources were funneled toward supporting allies and, later, combating the Central and Axis powers. The U.S., therefore, modified its approach to the island, keeping Cuba under control by maintaining strong economic ties, supporting political movements and installing leaders whose policies aligned with U.S. interests.

Cuba’s import returned with a vengeance during the Cold War. In 1959, following years of guerrilla warfare, Fidel Castro ushered in his Cuban Revolution and took control of the country. The U.S. had lost its grip on the Cuban government but held onto its naval base in Guantanamo Bay, preserving a fragment of the U.S. foothold and a threat to the Castro regime. Castro, who despised the United States, quickly aligned his government with the Soviet Union. For Moscow, having a Soviet ally located so close to the United States’ mainland proved invaluable. The U.S. was stationing nuclear weapons in its allies’ territories along the Soviet border, and with Cuba on its side, Moscow could do the same. Cuba opened itself to Soviet military equipment and installations, posing a major strategic threat to the U.S. That threat culminated in the 1962 Cuban missile crisis, during which the U.S. and Soviet Union teetered on the brink of nuclear war, which could very well have been triggered by missiles launched from proxy states. This was Cuba’s 15 minutes of geopolitical fame, placing it at the center of the global system. Of course, the threat was defused, and while U.S.-Cuban enmity persisted for the remainder of the Cold War, it did not reach crisis levels again.

A generation has passed since the end of the Cold War, and Cuba is far less important to the global system than it once was. The Cuban economy collapsed as the Soviet Union fell, and it has never recovered. No major outside power – like Russia or China – currently has the will or resources to build up a military presence in Cuba, and the U.S. has the naval capabilities to control regional waters without physical holdings there. Still, Washington can’t ignore it altogether. The U.S. can stop Cuba from posing a threat by keeping it weak and limiting foreign influence through a lower-cost, hands-off approach. The Obama administration went so far as to reopen diplomatic ties with the island, signaling that while Cuba and its communist regime posed no real threat, improved relations wouldn’t hurt. Cuba’s regional geopolitical importance is decreased but not erased.

In recent months, Cuba has played a role in the unfolding crisis in Venezuela as Cuba’s security forces stand firmly behind embattled Venezuelan President Nicolas Maduro. It is in this context that the U.S. government announced on March 5 that it will allow U.S. citizens and companies to sue Cuban entities over contested property rights on the island. (This comes just months after the Trump administration moved to sanction more Cuban businesses with ties to the government and military.) Out of the options for recourse that the U.S. has available, this one is relatively mild. The potential lawsuits will buttress economic sanctions and restrictions already in place against Cuba, but this move won’t have any immediate impact on Cuba – it will take years for courts to rule on any suits filed. The decision does, however, raise the level of uncertainty for doing business on the island in the medium term and may cause much-needed investors to reconsider putting their money there. 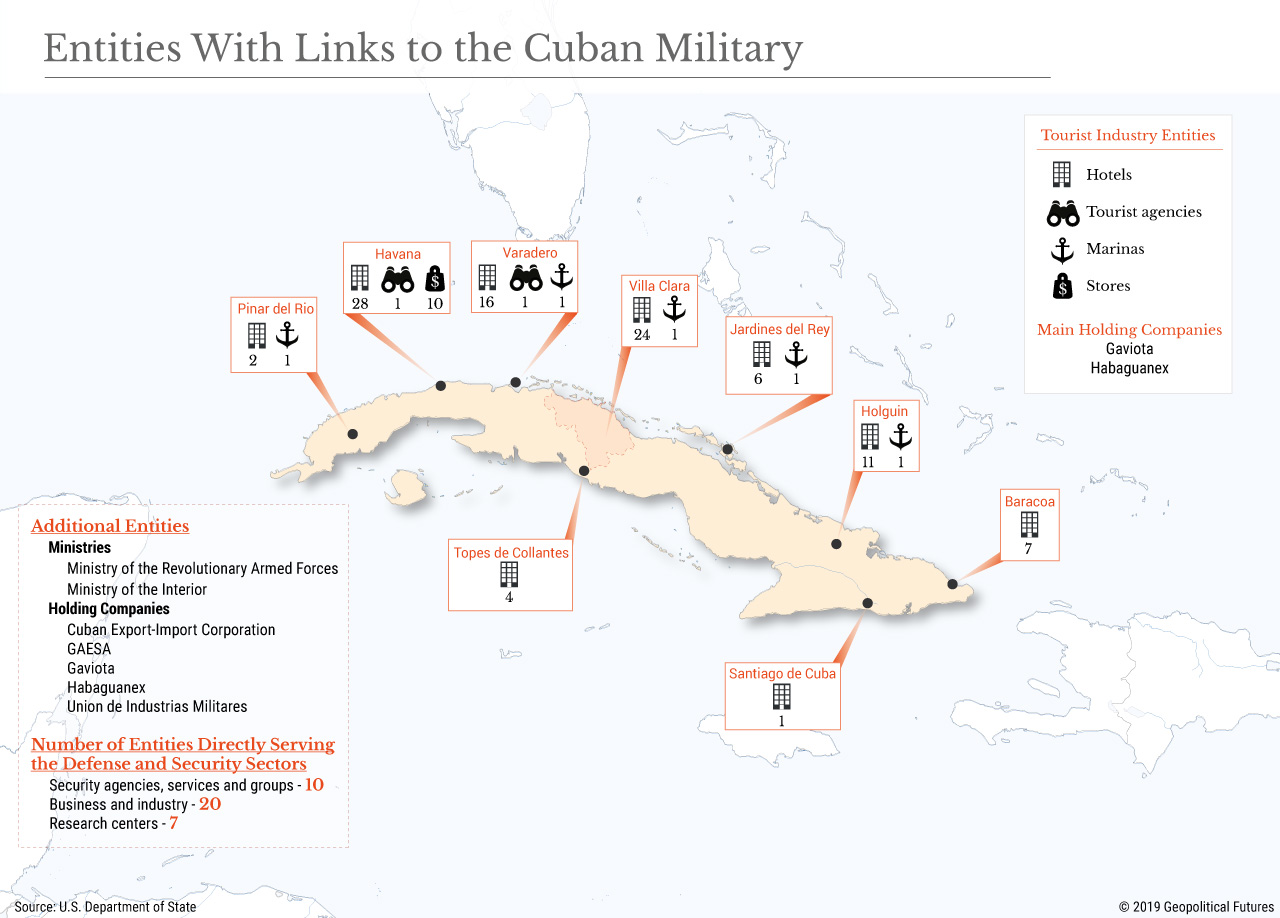 Notably, the U.S. held off from allowing the lawsuits to be filed against foreign firms with ties to contested property in Cuba. This minimizes the impact on third-party countries, especially some of Cuba’s largest trading partners that are also U.S. allies, including European states and Canada. The U.S. embargo on Cuba has been in place for decades, but Washington hasn’t objected to Canadian and European trade and business that feed the Cuban economy. And it’s not ready to needlessly antagonize those allies now. Washington and Ottawa still need to ratify the United States-Mexico-Canada Agreement on trade. The U.S. needs its allies in Europe to combat the threats from Russia and Iran and to iron out pending differences over major trade issues like automobiles. These are more pressing concerns than bickering over Cuba. The U.S. feels no pressure to force immediate change in Cuba and can afford to play a long game.

Cuba will always fall under the umbrella of U.S. interests. As needs dictate, the U.S. may ramp up or scale back its engagement, dedicating more or fewer resources to its relationship with the island depending on what’s at stake. Cuba’s waxing and waning geopolitical importance shows just how much a country’s strategic relevance is shaped by changing regional and global dynamics over time.