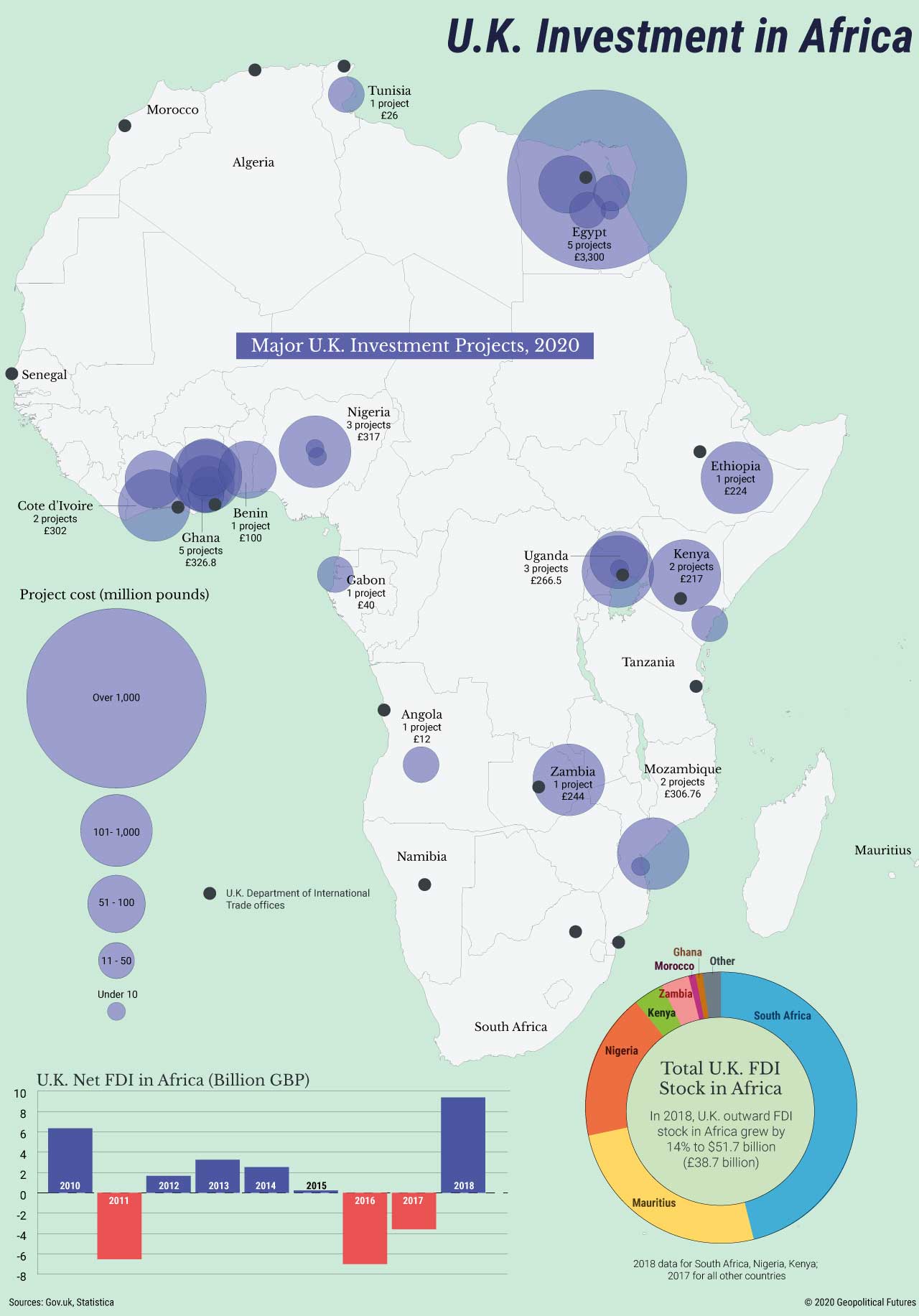 To prepare for a post-Brexit world, the U.K. has been reorienting its trade and investment patterns. As such, it is increasingly looking to former British colonies for economic partnerships. It’s no coincidence that, in 2020, British investments in Africa were concentrated in the eastern portion of the continent and along the Gulf of Guinea – regions that contain former British colonies, protectorates and occupied territories.

The investment projects highlighted in the map above focus on health services, industry, roads and energy. But on the whole, the U.K.’s investments in African countries fall into two major categories: mining, which accounts for 50.8 percent of investments, and financial services, which accounts for 34.4 percent. For many African governments, manufacturing is a priority, and U.K. investments in business and financial services support development of the manufacturing sector.

The U.K. currently has 19 bilateral investment treaties with various African nations, and six more waiting to come into effect. Of the African countries that signed major U.K. investment projects in 2020, only Angola, Zambia, Gabon and Ethiopia do not have a BIT with the U.K. Britain also currently has 24 double-taxation agreements with African countries. Of those highlighted on the map above, only Angola, Mozambique, Gabon and Benin do not have one. As it pivots its economic focus away from the EU, the U.K. will increasingly look to utilize these agreements to strengthen ties with African partners, both new and old.