1. Something does not add up in the growing debate on deglobalisation: the debate itself. It portrays globalisation as an inextricable Gordian knot that the bloody swords of opposing armies are preparing to cut. Today it’s in Ukraine; will it be in Taiwan tomorrow?
But that knot envelops us all. Addicted to the consumption of goods and services from transnational supply chains, we listen to the Cassandras of deglobalisation preach the antithesis to an ill-defined and poorly understood reality.
So, what is ‘globalisation’?
Perhaps the problem begins with the term’s polysemy, as over time ‘globalisation’ became an approximate synonym for different, yet interrelated phenomena: the advent of liberalist economic theories and practices; the growing – but not undisputed – supremacy of Western political, cultural, economic, and financial forms, largely American; a geopolitical order hinged on the United States – the result of the dual American victory: 1945, 1989-91 – and mirrored in the international institutions that guarantee ‘law-based order’, i.e. the winner’s set of rules; the proliferation of technologies capable of radically multiplying and speeding up interactions between individuals and communities; the illusory but powerful idea that through technological omnipotence humanity could transcend its conflictual nature, making politics (the synthesis of opposing interests) and geopolitics (the contestation of scarce resources on the basis of different representations of the world, of oneself, and of one’s needs) superfluous. These are all different processes united by an exquisitely geopolitical fact: the emergence of the primacy of the ‘West’, i.e. the United States. By excluding possible alternatives from the horizon, this primacy annuls historical time and its dilemmas.
In retrospect, the doubt arises whether proclaiming the end of history was a way of escaping its exhausting acceleration toward becoming an eternal present, a state that is perhaps boring but certainly comfortable and sinecure. In fact, talk about (a second) globalisation began in the late 1990s and early 2000s. But its assumptions go further back in time and are more pervasive. To dismiss the phenomenon as the outcome of the Soviet implosion and China’s take-off is misleading.

2. It has little to do with 1991. Ever since the advent of industrial capitalism, intellectual debate has teemed with references to the phenomena now hastily ascribed to globalisation. Philosophy, literature, economics, nineteenth- and early twentieth-century sociology all express a growing awareness of one fact: the transformation not of space and time, but of their perception and experience due to the emergence of new means of communication (train, aeroplane) and telecommunication (telegraph, telephone, radio).
In 1839, the English press proclaimed that ‘as distances were annihilated [by the railroad], the surface of our country would, as it were, shrivel in size until it became not much bigger than one immense city’. In those years, the German poet Heinrich Heine, who had migrated to France, wrote: ‘Space is killed by the railways… I feel as if the mountains and forests of all countries were advancing on Paris. Even now, I can smell the German linden trees; the North Sea’s breakers are rolling against my doors.’
We are indebted toward Marx and Engels for the first systematisation of this sense of space-time compression. The imperatives of capitalist production, they wrote in the Manifesto of the Communist Party, ‘chases the bourgeoisie over the entire surface of the globe. It must nestle everywhere, settle everywhere, establish connexions everywhere.’. This is because capitalism triggers a twofold transformation of the relationship between individuals and society. It creates the contemporary individual, who is independent when removed from the bondages of pre-industrial society. But it establishes other forms of compulsory interaction: the subsistence economy having disappeared, the urbanised individual is dependent on capitalist and industrial society to satisfy his needs.
The latter dependence is relevant here. For while the former can be resolved by class struggle, the interdependence of individual needs and their satisfaction in mass industrial societies is structural in nature. It is reversible, but at the risk of a collapse of industrial society – and the dictatorship of the proletariat must subvert the redistributive logic, not the assumptions, of industrial society. Without capitalism there’s no proletariat, nor the triumph of the proletariat. But without industry there’s neither capitalism nor mass society, and therefore no proletariat. ‘Proletarians of the world unite!’ – no other slogan of globalisation has ever been more effective.
The advent of the machine civilisation, however, did not merely bind ’emancipated’ individuals into industrial relations of production and consumption. It did more: it elevated science and technology, hence knowledge, to determinants of capitalist economy and its social organisation. Science and knowledge, which had always been collective enterprises, now assumed a character both universal and social, because they implied a technology that is the daughter of western positivism and its empirical-deductive method. Science, industry, and related social needs were thus freed from historical-cultural peculiarities, not by obliterating them, but rather by overriding them with an inescapable scientific set of rules.
Andy Warhol’s obsessive reiterations capture the concept with the immediacy of the image. Industrial society is a society of standards; as such, it demands and generates uniformity. If this does not put an end to history, it is because, although dominant, science remains for many a means not an end in itself. But the impact on human relations and perceptions is there, and the greater the fortune of capitalism the stronger the impact.
In 1904, at the height of the first globalisation described by Keynes in The Economic Consequences of the Peace, the American writer Henry Adams sketched ‘a law of acceleration’. Seen from the American post-Civil War (1861-65) boom perspective, modern society can only be deciphered by virtue of the constant, progressive acceleration of social processes and of the technology that forms their backdrop. In 1927, another American, the philosopher John Dewey, discerned in the technological impetus the contours of a ‘new world’ – rendered dystopian by Aldous Huxley just five years later, at the height of the Great Depression – no less disruptive than the one Columbus opened up to Europeans in 1492. Electricity, the telephone, the internal combustion engine were for Dewey as many challenges to the static agricultural and pre-modern fabric of society.
The potential impact on democracy of the space-time compression induced by technological progress makes its first, embryonic appearance in his analysis. Indeed, Dewey sees the ideal context for democratic participation in the civic activism of the small communities celebrated by Tocqueville. That dimension, however, is marginalised by an economic and technological development that privileges large atomising conurbations and transnational connections, and empties elective representation of effectiveness and meaning. How can a collective organise itself if it does not physically exist in a place, asks Dewey. His question has still not been answered.
From the 1950s onwards, the same questions, sharpened by the post-war boom unfolding under the shadow of nuclear war – the ‘sin’ of physics that revealed to Oppenheimer the demonic side of science – would inspire new reflections on the relationship between man and the incoercible character of his modernity. In 1964, Marshall McLuhan’s Global Village – a powerful ‘glocalist’ oxymoron – described the ‘acceleration at all levels of human organization’ by virtue of new telecommunication technologies. A little more than ten years later, at the height of the US-USSR nuclear confrontation, the Frenchman Paul Virilio denounced the wound inflicted on democracies by the new weapons systems, whose ultra-fast interactions entrusted to information technology removed atomic warfare from human arbitrariness. The finger of Doctor Strangelove (1964) was replaced by the algorithm of War Games (1983). This algorithm now decides our survival.

3. It is, however, in Heidegger that we find perhaps the most complete conceptualisation of today’s globalisation. In 1950, the German philosopher took up the theme of space-time contraction: all distances are being shortened, in time and space, thanks to new media such as television. The one-dimensionality of human experience produced by the levelling of space-time perception is the monument to capitalism.
But this triumph of the standard generates paradoxes. The flattening onto a homogeneous and immemorial present deprives the individual of the historical perspective necessary for the construction of common narratives. The temporal distance (Zeitferne) between man – even the historically educated – and his past becomes an abyss (Kluft) that can be bridged only by a distorting value reinterpretation (Wertbeziehung) of what came first in the light of what came later. The result is a materialistic, hyper-scientific, and politically sterilised present, a historiographic-social transposition of Einsteinian relativity, a deconstructive relativism that is imbued with hyper-technological mysticism in its means and anti-scientific in its substance.
Why such a paradoxical outcome? The answer can be summed up in a title: deterritorialisation. Subtitle: The great (self-)deception of globalisation. The basic idea, developed since the late 1980s, is that the geographical location of states remains fundamental in determining their constraints, choices, and perceptions. However, more and more human activities are carried out in whole or in part independently of the territorial element: finance, trade, virtual interactions of a recreational and professional nature, war, and so on.
It is no longer a question of naïvely claiming that technology cancels space and time. Given that many of humanity’s economic and social activities remain anchored to the geographical context, it is instead a matter of understanding how and how far distant events affect local contexts and local everyday lives. In its age of maturity, globalisation presents us with a world in which social, economic, and geopolitical dynamics are heavily influenced, but not totally determined, by the acceleration of interactions (temporal compression) and the relativisation of distances (spatial compression) through technology. This results in practical and cognitive short-circuits that increase the entropy of this ‘glocalised’ geopolitical context.
Globalisation is not, therefore, one characteristic among others of Western-style modernity. It is the essence of it, the mechanism in which modernity has taken shape and which continues to shape modernity’s developments. It is neither ineluctable destiny nor linear process. Rather, it is a consolidated set of rules because it is inherent in the primacy of capitalism, of the scientific rationality that determines its technological supremacy, and of the countries (European powers before, the United States today, China tomorrow?) that raise its banner at any given time.

(translated into English by Mark A. Sammut Sassi) 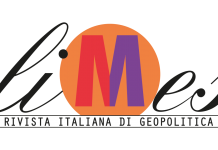 The American priority is not to let Kiev win but to...