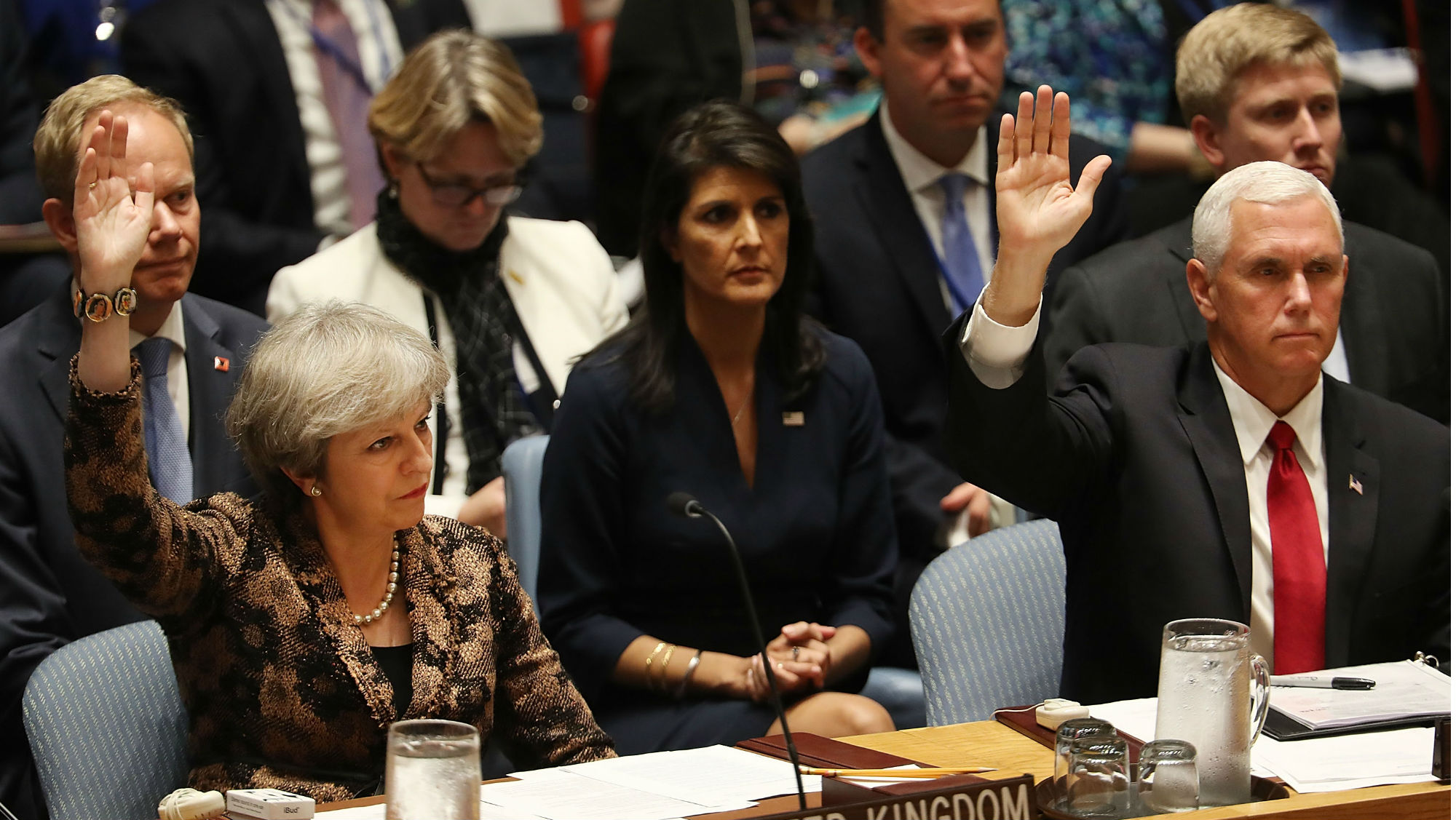 In the modern world, relations between states operate at two levels. The first is the bilateral level. The U.S. and China, for instance, don’t see eye to eye on issues like Taiwan, the South China Sea, or how to denuclearize the Korean Peninsula. Their representatives communicate with each other to try to address their disagreements. The second is the multilateral level. For example, the United Nations passes a resolution placing economic sanctions on North Korea. Most of the U.N.’s 193 member states do not themselves have a problem with North Korea, but they go along with the sanctions because the U.N. says so.

Many point out that nationalism is rising as an ideological force in the world today. That would suggest that bilateral relations between states are the most important part of understanding the world, since nationalists prefer to work directly with other states rather than have their interests muddled by a multilateral bureaucracy. But it is also true that multilateralism is alive and well. In fact, if you consider some of the major headlines from this past weekend, you might get the impression that the development of new international organizations and new free trade pacts are driving global events.

On Nov. 10, officials from 11 countries announced that they had a preliminary agreement on the core elements of the Comprehensive and Progressive Agreement for Trans-Pacific Partnership, which means the saga of the TPP has now become the CPTPP.

On Nov. 11, on the sidelines of an Association of Southeast Asian Nations and East Asia summit, officials from the U.S., Japan, India and Australia resuscitated the Quadrilateral Security Dialogue. The Quad is an emerging multilateral grouping drawn together to resist China’s influence in Asia, though just what the Quad is isn’t yet clear. Is it an alliance? A multilateral organization? A communication forum?

On Nov. 12, Saudi Arabia convened an extraordinary session of the Arab League to discuss Iran’s “destructive meddling” in the region.

Not to be outdone, on Nov. 13, ministers from 23 European countries signed a joint notice on Permanent Structured Cooperation, which aims to boost military coordination between the military forces of the signatories.

None of these headlines are actually that important. The CPTPP faces the same problems that the TPP faced and no longer features access to the U.S. market as a centerpiece. Before it can be transformative, it has to be passed, and that is hardly a sure thing. Central Asian states saying they are going to cooperate with an alphabet soup of international organizations just means that we will read more press releases about cooperation in the coming year. ASEAN’s member states don’t agree on most things, the ill-defined Quad collapsed once before and may very well again, and the Arab League has extraordinary summits with ordinary results all the time. It took the European Commission 15 years to allow the sale of excessively curved bananas and cucumbers in EU member states; military coordination is slightly more complex. 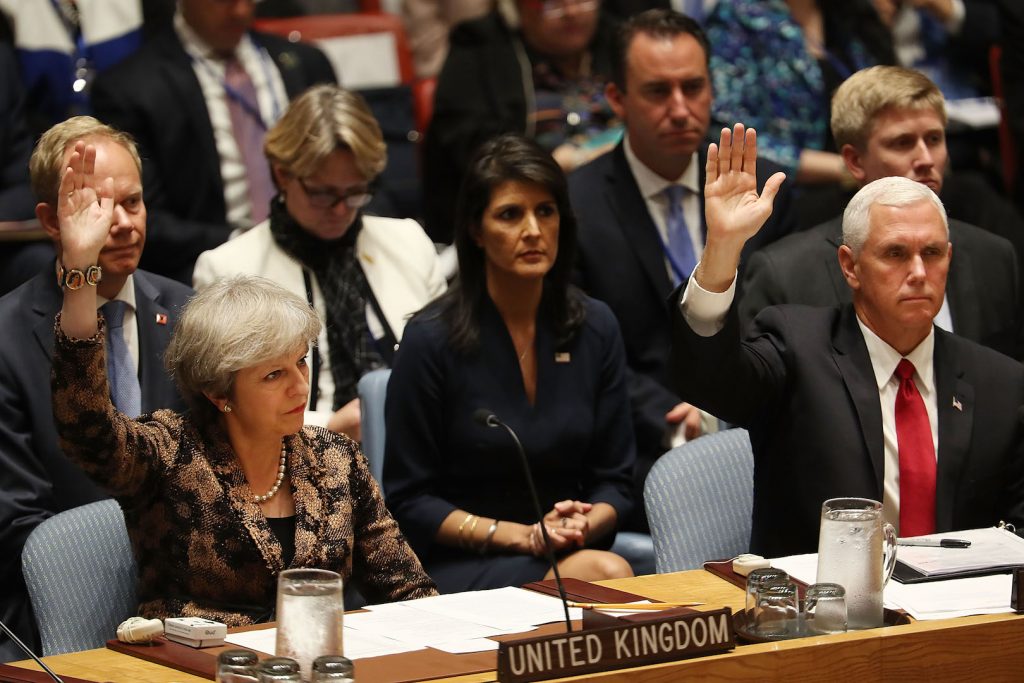 Nationalism very crudely understood is an ideology whose core principle is national self-determination. Nationalism emerged in the 17th century, began shaping the world in the 18th century, and became the dominant political ideology in the 19th and 20th centuries. Nationalism is the idea that unique groups of people exist, and the political legitimacy of a state flows from governing a territory for the individuals of that group.

Nationalism became a dominant political force only after it was fused with another 18th-century ideology: classical liberalism. One of the basic tenets of classical liberalism is that human beings are endowed with certain inalienable rights simply by being human. The state exists to preserve the liberty of the individual, and the state’s ability to preserve and defend that liberty gives the state its legitimacy. In exchange for this protection, citizens of the nation-state forfeit some degree of freedom to the sovereign.

There is a tendency to think that ideology drives geopolitics, but usually it is the other way around. Nationalism and liberalism did not emerge in a vacuum. They emerged in the context of advances in technology that transformed human life. Advances in transportation allowed once impassable distances to be traversed relatively easily. Advances in agricultural technology meant more food could be grown without needing to have 10 children to till the fields. Advances in communication helped stitch the world together in ways that had never been possible in human history. The Industrial Revolution brought huge numbers of young men and women into the factory workforce in rapidly growing cities. The sclerotic bureaucracies of hulking monarchies often could not respond fast enough to the demands of their once pliant subjects.

At that point, things began to change. The old political structures were either reformed or discarded. Nationalism fused with liberalism, and across Europe, proto-liberal democracies began to emerge, states that ruled with at least a modicum of the consent of the governed. Liberalism helped supply popular legitimacy. Nationalism helped provide the loyalty necessary for these new governments to manage a rapidly transforming world. Average individuals could no longer expect to live their entire lives in the same village as their family, and as national economies became more intertwined, different groups of people came into contact with other groups of people and began to define their identities by their language, values and culture.

Nationalism is a particularistic ideology. It is concerned with the well-being of a well-defined group of people; it is not in and of itself interested in the well-being of all people. But nationalism was colored by its encounter with liberalism, which was and remains a universalistic ideology, one that believes in the basic rights of all individuals. Nationalism began to cast a wider net. It subsumed larger groups than the family or the tribe had ever done before. (Some of those groups, like the Catalans or the Scottish, never were completely subsumed. Others, like the Castilians or Bretons, assimilated more completely.) And so new nation-states were created. Out of the ashes of the Napoleonic wars, Germany unified in 1871. Out of several disparate city-states and principalities, a unified Italy emerged in the same year.

What is often forgotten, however, is that while all this nationalist fervor was happening, international organizations were emerging too. The world’s oldest extant international organization is the Central Commission for the Navigation of the Rhine. Most people remember the Congress of Vienna in 1815 as the conference in which the victors against Napoleon crafted a political settlement designed to ensure peace on the European continent. But it was also at the Congress of Vienna that the CCNR was created, and tasked with implementing freedom of navigation on the Rhine River. Over the course of several decades, the CCNR reduced tolls, set up rules for navigation, and held meetings and conferences in support of its efforts. At various points in the past two centuries, the CCNR has been politicized, and during major wars even stopped functioning, but the CCNR still exists to this day, continuing its work in support of European integration.

There is an important cycle here: International organizations of real efficacy always seem to emerge after a major conflict. After World War I, the victors tried to banish the scourge of war by creating the League of Nations. It failed, though for a time the League of Nations played an important role in shaping global politics. After World War II, the victors tried to use the same strategy once more and created the United Nations. The impulse to create international organizations comes from the same impulse that creates nation-states. The difference is that internationalists hope the circle can be expanded ever wider – that it might be possible to create a global nation. It is not surprising that the universalist impulse to protect the rights of all individuals is strongest after terrible wars, and that the victors invest so much of their own powers into attempting to create structures that prevent future wars (or, put more cynically, secure the victors’ position).

International organizations can matter when they are the product of the shared, mutual interests of like-minded states. And multilateral free trade agreements can matter when they codify economic realities that are beneficial for the parties involved. Occasionally this happens in some organizations, like the European Union from 1991-2008, or the League of Nations immediately after World War I.

But overall, international organizations and most other multilateral groups are slaves to nation-states and tools of great powers. Once created, they often take on lives of their own, limping along by virtue of inertia and bureaucracy’s survival instinct. This can give them the appearance of being supremely important. But more often than not, they are co-opted by the interests of their member states. The key to analyzing them is not to take their statements too seriously, and to keep your eyes on who is pulling the strings.

The Turkish Week: Caution and Ambition