China has been teetering on the precipice of an economic crisis for quite some time now. Structural issues within the country’s financial system and the protracted lockdowns of essential hubs, ports and even entire provinces resulted in supply chain disruptions, slowed economic growth and generalized unrest throughout the country. And because economic vitality is the basis of the Communist Party of China’s power, these circumstances pose a threat to government stability. Until now, President Xi Jinping has managed to consolidate power such that he could remain China’s ruler for life. But his failure in navigating new challenges has put his leadership in doubt, particularly in the circles that truly matter: the rest of the CPC, of which there are two factions with two distinct views on China’s future relationship with the rest of the world, particularly the West.

When China’s position as an economic powerhouse was secure, so was Xi’s position. The economy was always predicated on exports, and though Chinese leaders have made every effort to transition to a consumption-based economic model, manufacturing and exports still drive Chinese gross domestic product. This has made it especially vulnerable to global disruptions of supply chains caused by the Russian invasion of Ukraine and the COVID-19 pandemic, but structural issues such as shadow lending, increased intervention in market affairs, dependence on imports and financial difficulties in the real estate sector have been a problem for some time, as has the economic disparity between the wealthy coastal regions and the underdeveloped interior. Extremely strict regulatory measures brought on by the omicron strain of COVID-19 have only made things worse. Internal economic disruptions, the forced halt of key industries, rapidly surging prices, and food and fuel shortage have led to growing unrest within Chinese society. 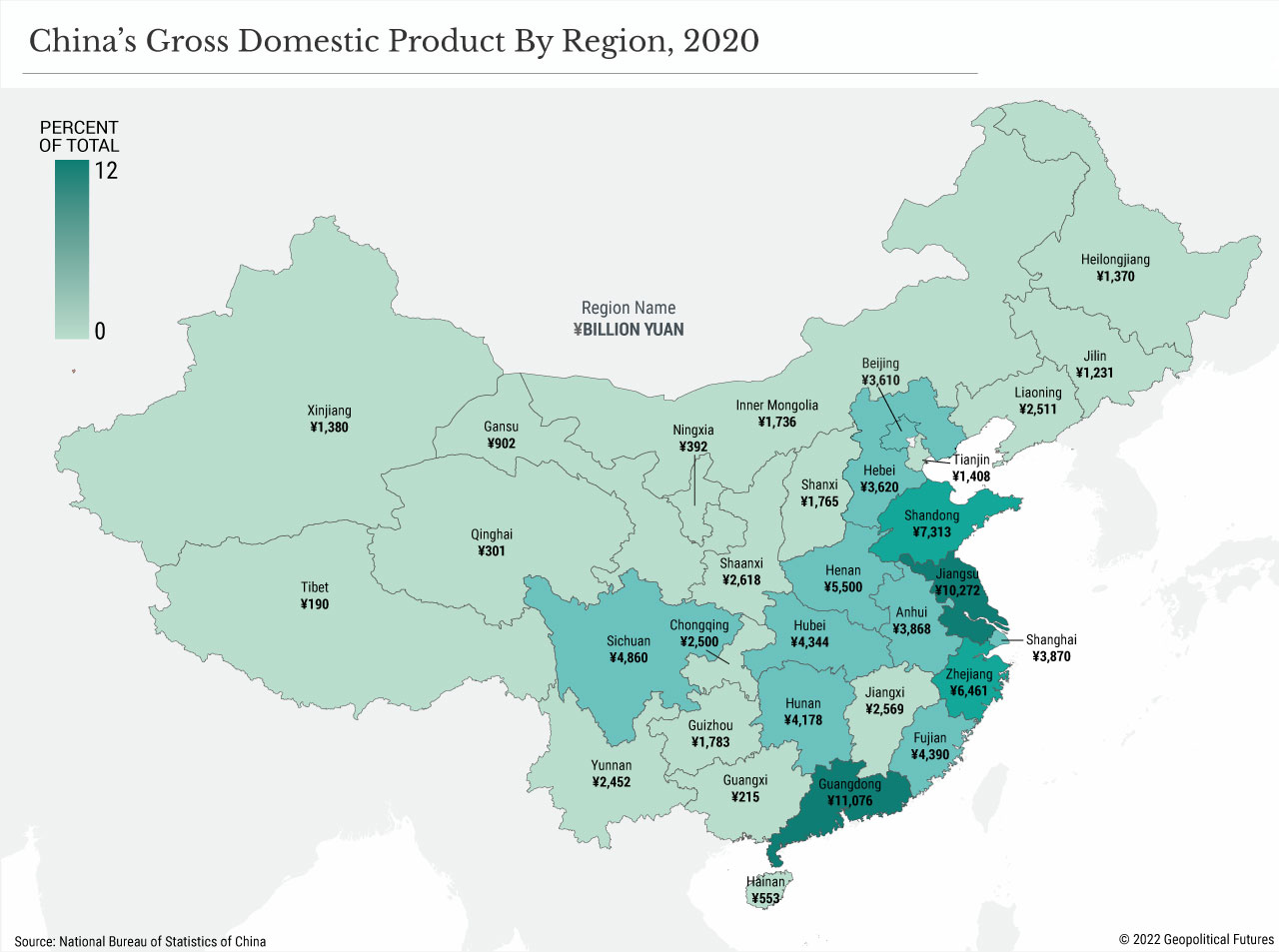 Despite the strict censorship, rumors are swirling that Xi has failed as president, even from within the party. One of the most outstanding critics is Han Zheng, a vice premier, a member of the seven-member Politburo Standing Committee, a former party secretary of Shanghai and a member of the Shanghai clique, an informal group of party officials representing the business interests of China’s coastal regions. He is also comfortably inside Xi’s inner circle. As executive vice premier of the State Council, he is responsible for China’s domestic economy and oversees the National Development and Reform Commission. Along with lower-ranking Vice Premier Hu Chunhua, Han now seems to have become the leader of a group within the Central Committee that is against Xi’s current economic actions.

Under Xi’s agenda, the biggest economic project planned for the past year was the controlled implosion of China’s outsized property market, with the long-term goal of pulling the economy away from an overreliance on housing and infrastructure investment and toward a greater emphasis on domestic consumption. Two strongly different opinions have divided key people in the Chinese leadership. The Xi camp, led by Liu He, vice premier and Xi’s long-time financial and economic adviser, has supported easing the pressure on the real estate sector ahead of an eventual bust. Liu, worried about the potential impact on the financial system, has repeatedly reassured investors that Xi’s administration will boost the economy. The other camp, led by Han and Hu, has sided with the Housing Ministry, which wants to maintain pressure on developers by strictly regulating how they can use project revenues. The goal of this approach is to curb debt in relation to big firms’ cash flows, assets and capital levels, thus preventing them from pursuing over-leveraged growth.

The real estate debate ties directly into the core challenge Chinese governments have struggled to solve for decades: wealth redistribution. Raising the income of urban and rural residents and promoting equal access to services is essential for maintaining peaceful growth in China. Xi pursues wealth distribution under his “common prosperity” plan aimed at narrowing the wealth gap in China by clamping down on “unreasonably” high incomes and redistributing wealth from the prosperous coastal region to the poorer interior of the country. The strategy started with a bang, cracking down on big tech companies, but in light of recent economic challenges, it has lost some of its steam.

To be clear, both sides favor economic growth. They just disagree on what the driving force behind growth should be. Han’s faction actively opposes wealth distribution in favor of supporting coastal economies and tying them even more to international markets so that the proverbial rising waters lift all boats. Xi wants the country’s growth to be driven by government management and domestic consumption where international actors do not figure prominently.

What to Watch For

The most recent Politburo meeting on April 3 showed that these differences are hardly resolved. And things may only get more heated. Capital outflow from China hit a record high in April, undermining the credibility of Xi’s camp. Notably, the opposition continues to share its concerns freely and publicly, meaning that unlike in years past, Xi is unable to silence his critics.

The two sides will be competing for power leading up to the Communist Party’s National Congress in November – which will produce China’s new batch of leaders for the next five years. Reviving the trust of society will play a critical role, especially in the wake of lockdown measures. Xi’s rivals will have an opening to capitalize on the public discontent, and a continued shaky economy will only strengthen their cause.

November is still months away, of course. Until then, any small shift in the relations of Chinese leaders could indicate how the congress will shake out. Xi’s initial plans of real estate and tax reforms, as well as wealth redistribution being halted, already indicate a weakened position, so any unexpected economic or financial measure that contravenes those would likely signal strength in the opposition. Any key person’s removal from the highest echelons of power would also be telling. It will be decided where China’s economic focus will be going forward: on domestic consumption and support of the country’s interior provinces or on international trade driven by the wealth and influence of the coastal cities, which in turn will decide how China engages with the rest of the world as well.