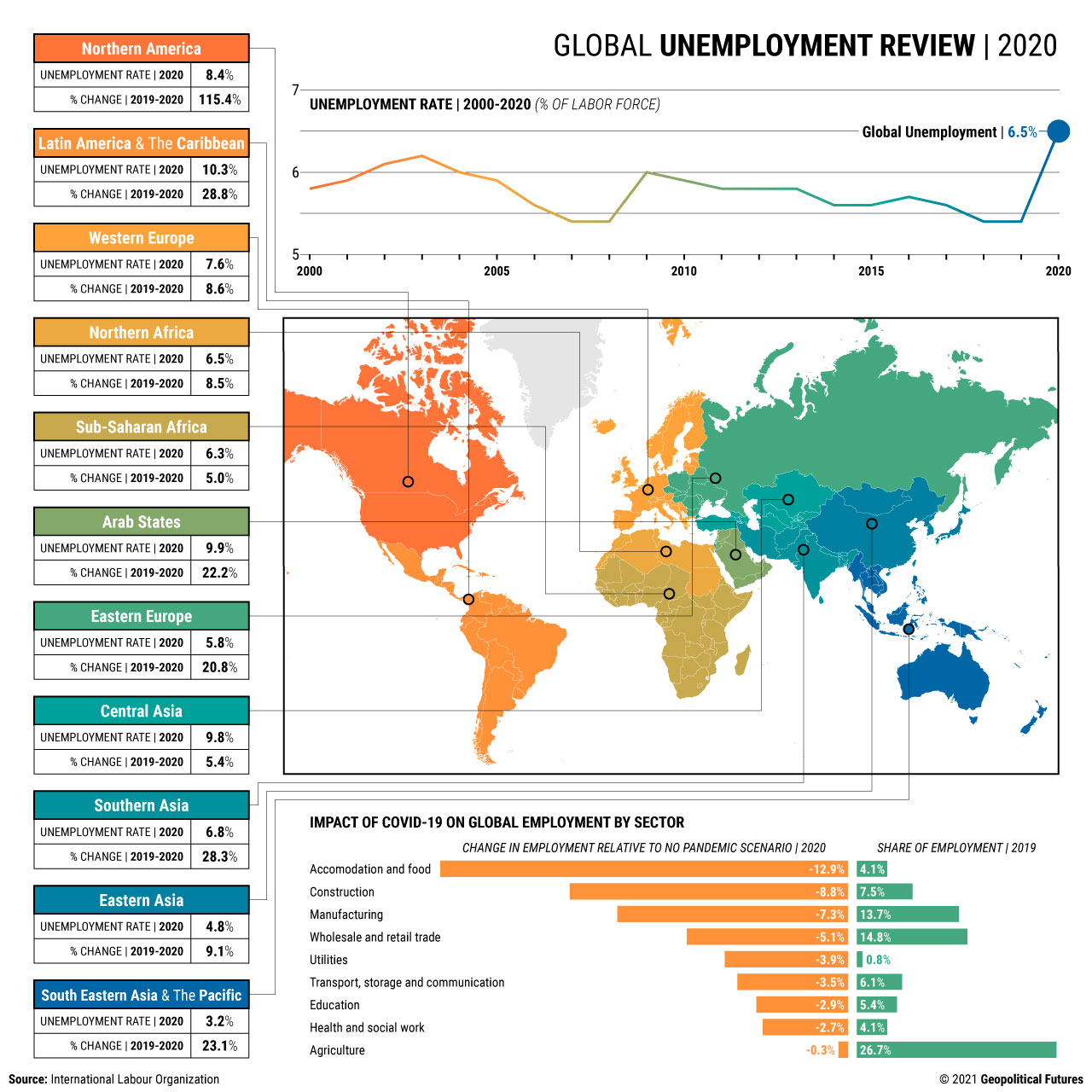 In 2020, some 114 million workers around the world lost their jobs or withdrew from the labor force. An estimated 30 million jobs were never created because of the disruption caused by the pandemic. It will take months or, in some sectors or locations, years for the labor force to recover. The International Labor Organization projects a shortfall of 23 million jobs even through 2022.

Peak unemployment rates last year varied wildly, depending on the severity of the outbreak, the intensity and duration of containment measures, and the deployment of furlough schemes and government rescue packages. Midway through 2021, uncertainties remain. Governments, particularly in the advanced economies, are winding up support packages intended to defer or prevent bankruptcies and firings, with unforeseeable consequences. Elevated youth unemployment – which is bad enough in the short term – does long-term damage to younger generations’ ability to build wealth.

Optimistically, some experts hope the pandemic could spark a productivity boom, which has been absent in the advanced economies for years. There’s a stronger focus on the importance of creating high-quality jobs and ensuring that workers have the skills that employers need. And in developing markets, where informal labor is extremely prevalent, some governments are using the crisis to try to reform the labor system and bring informal workers out of the shadows.

Daily Memo: US to Pull Troops From Germany